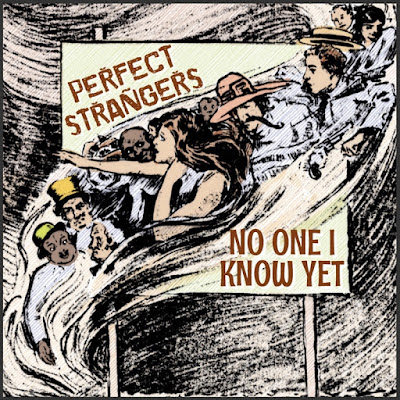 So far we're early in the virus coverage and I don’t know anyone personally that’s succumbed to it. I don’t even know anyone who’s had it, at least that I've heard. But the fear is always that someone you know will show up, coughing, hacking, and complaining of it. Or you yourself.

I’m like everyone, just trying to avoid it as best I can. But I see the statistics on TV like everyone and know that most of those people were also responsible people. They weren’t doing stupid things, the equivalent of running into traffic without looking. They listened to the advice of how to watch out for it. They were probably avoiding as best they could people who might breathe on them and all the rest.

I don’t even remember all the rules. I just figure if I get in a situation and it raises red flags, either this, I’m too late, or if I make tracks and might still be free and clear. To the extent that common sense will make a difference, I have some. But mistakes are hard to avoid. With many thousands infected, with the numbers going up everyday regardless of precautions. I’m technically not any better than anyone else, although I have massive paranoia generally speaking. I’m banking on some of that helping me. Anything that takes 5 minutes could be done in 3 minutes which could probably also be done in 1 minute. Time is of the essence. When your paranoid red flashers are going off, listen to them.

But they’re even having trouble in Congress! Suddenly it’s going to be hard to get a quorum, if that’s an actual thing. I’d guess it’s like everything else, the rules always stretch pretty far if it’s a terrible danger. But if even Congress is in danger, what hope is there for the rest of us? The carts at the grocery store, infected. The door’s are automatic, so that ought to be OK. You have to touch the debit card machine, and I haven’t seen anyone wiping it down. The old gold hoarders and cash guys were right after all. But cash might not be that safe, unless someone’s cleaning it. Just thinking of it’s scaring me.

So far, though, so good. I feel fine, cough cough. Nothing seems to be running completely amok, just a little throat-clearing. There’s a few dead birds on the porch, but are we susceptible to avian flu? And … other problems … up the yin-yang.
Posted by dbkundalini at 6:00 AM