The End Of The Residential Industrial Movement 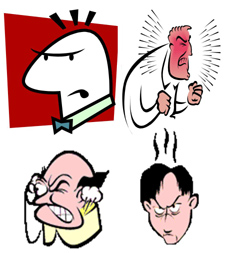 And so that's the end of the Residential Industrial Movement (RIM).

It's all gone, after having been attacked by the Major Industrial Powers (MIP) on all fronts. We suffered the military, the voluntary militias, the feds, the state, the county, the city, the lawyers, process servers, and sheriffs on one side, and, of course, our own fellow RIM industrialists and neighbors running for the hills when the trouble came.

That's probably the worst thing. I actually could stand the attacks from our enemies. The MIP were out to get us from the get go. I was enduring their attacks before there even was a RIM! They were shooting fireballs over my roof. I'm very thankful it wasn't thatch, or I wouldn't be here today. But one thing I didn't do was run for the hills. So, to all turncoats and cowards out there ... thank you very much for all your help. ~~Sarcasm alert~~

Anyway, it's all water under the bridge now. They stabbed us in the back and that's all there is to it. Now we have to go on, or we would if anyone could get along. It's not the shuttering of the factories and all the surface things that truly killed the RIM or the spirit of the thing. It's the terrible display of constant anger and backbiting. I mean, we did some great things, things that no one really thought could be done. We came up with a thought: If some men can have their own industries, why can't all of us? So we built factories right where we live! And started to make consumer goods that were competitive in the market place, thanks to very high production way beyond demand. But now it's all gone.

For the most part, we put up a good fight against the MIP with what we had. Of course we didn't want to multiply casualties unnecessarily, because, remember, they had overwhelming military superiority. They also had semi truckloads of paperwork against us, the patent violations, and all the rest, which we'd never escape. It turns out you can't actually make a bobby pin without the bobby pin companies' patent attorneys all over it. Personally, I thought at least the circle was a shape that would be in the public domain by now, but, no, the big tire producers own it! For tires, that is. Kids are still able to draw circles in school with compasses, but they have to be careful to shred their homework because of someone's intellectual property rights.

We had some real assistance in the fight. I want to express a big thank you to Gentaro, Goro, and Iron King. But even saying that, I'm going out on a limb. Because there's been a lot of anger and complaints about them. One, they say Iron King isn't really much of a superhero, because of his sudden loss of power when he's dehydrated, which happens about a minute into any fight. True, that is an odd shortcoming, something he should look into. Like maybe carry water with him, or do more fighting next to sources of water, or an IV drip. But he did his best, so we ought to be thankful for that.

Then, one of the worst things I've heard angry complaints about has to be the Hedgerows of Warring Angels! Remember the murmuring against God in the old stories! The complaints go several directions. 1) Why didn't they just take out the MIP? Since apparently an unlimited number of them can appear, it stands to reason they could've decimated MIP factories, personnel, attorneys, etc. I agree, but they didn't. 2) There's anger against them for killing soldiers, those in the tanks they cast into hell. We like to think these guys are heroes, and they usually are. But there's something unsavory, and, I think unconstitutional, about training their fire on their fellow citizens. To me it's a war crime, so they got what they deserved. (I know I'm going to get letters on that one!) Look at it this way: It was literally an act of God! So maybe they'll each get 50 virgins in Heaven as a consolation prize. Then when their wives get there they can die all over again. My opinion on the Hedgerows: Don't complain about them or they'll get you ... and you'll deserve it!

And there's anger, widely spread, that we weren't better prepared for adversity, like we would've been had we made weapons, tanks, and missiles of our own. I can see this. How hard would it have been? We were able to make disposable diapers, wheels for hospital beds, vats, tires, and everything else you can imagine. We could've done the same thing for these other things. If you want to make a tank, heck, I've been in towns where they have tanks and jets right in the city park! All you have to do is go get one at night, take it back to the factory, dissect it, copy the parts, and you can make all you want. But we didn't think of it. My thought on this was that we'd have power in numbers. It didn't occur to me the length they would go to crush us.

Finally, there's anger against the philosophical father of Residential Industrialism. The basic gripe is that he led everyone down the primrose path, with lots of promises of prosperity and well being. I met someone who knew the guy, and I can attest, he meant well. He shouldn't be censured for simply having an idea.

As to what I'm going to do with my tire factory, warehouse, and electrical generating plant, now that they're defunct: I'm going to get some guys to pull it all down, and I hope I can sell the bricks and equipment and maybe break even. One, I can't afford to heat it. Two, I have no real need for these buildings now. And three, with the city cracking down on code violations, etc., the taxes would eat me alive.

All in all, it was an interesting experience. But, really, it will be nice to have the buildings out of the way, so I can get back the view of our half acre that I grew up seeing. I'm only glad that I built around the pussy willow trees, the big maple, and the pump, because it'll seem like home again when everything gets back to normal. And if the neighbors ever shut up.
Posted by dbkundalini at 4:34 AM