The Vital Essence Of Masturbananda

A WEEK ON THE TEACHINGS OF SRI MASTURBANANDA (2) 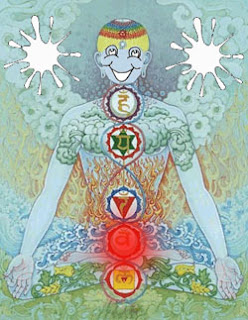 We turn to a subject of great interest to gurus and swamis everywhere, the significance of the vital essence, whether it's better to carefully preserve and transmute it as an inner energy for directing the consciousness into the divine realms eventually, or whether it's just as well to expel it, thereby experiencing precious glimpses of divine consciousness now.

We've all read the various masters on this subject, and for the most part there's not a libertine in the bunch. As far as we know, it would seem, their cajones must have shriveled down to raisins, no longer having any real reason to exist. Or they were severed in a wayward fit of holiness, leaving them eunuchs eager to justify their ignorance. We hate to ascribe impure motives to their teachings, which may have been well-meaning and sincere.

Some indeed can be convincing, giving the rationale summarized above, that some inner transmutation does occur by means of mental/spiritual channeling of the energy of the vital essence. But experience has taught many of us who've taken their teachings seriously (for a while) that some energy is not meant to be simply contained. It's like herding wild horses; nature meant them to run free. And face it, they'll kick the fence down in the middle of the night and run free anyway!

Fortunately, we have a champion in Swami Sri Masturbananda, whose overall doctrine of glimpsing the divine consciousness now would very likely suggest a different philosophy on the so-called vital essence. The master wonderfully says, "Use it or lose it." Sri Masturbananda gave a wry grin, then explained that it's just like the nuts on trees. The meat of the goodie in the nut has the purpose of creating and nurturing new trees or plants (reproduction). That is its vital essence. But it also good right now for food and the pleasure of the moment.

In short, the teachings on the vital essence of all the other masters is nothing but a crock. Our own guru's teachings lead the way to the wonderful experiences of this moment. He is very realistic, knowing that most of us will not otherwise glimpse divinity in this incarnation or the next 1,000. But the source of our lives has granted us a means of ecstasy now, for each one. (For women, of course, there is a corollary experience, but what it is precisely is a mystery to men.)


A WAG SPIES ON SRI MASTURBANANDA AND DIES

One of the stories of Swami Sri Masturbananda goes like this:

As we recall, he says, "No man may look upon me in my heat and live." But one wag wanted to put that warning to the test. And guess what, he died!

Sri Masturbananda had retired to his bathroom for a session of meditation. But the wag was hiding behind the shower curtain, thinking his presence was unknown to the master. But the master's eyes and ears of omniscience know all! He knew the guy was back there ... and very soon would be a goner.

Right in the heat of the moment, the wag peeked around the edge of the shower curtain. Just then, it was the crowning moment of the master's experience. To punish the interloper, he directed all the energy of his svadhisthana chakra (crotch) to his forehead. Eyes suddenly ablaze, this is the only recorded case of a master channeling his vital essence -- lock, stock, and barrel -- to the forehead and out the ears, registering an unheard-of bifurcated horizontal climax. It was obviously a perfect 10!

Whatever it was, it was way too much for the wag, whose skin instantly began to sag. His skin then fell away and his sinews next dried up within seconds. When the smoke finally cleared, aides stepped in to carry him out, now a freshly stripped skeleton. He was literally left with nothing but bones, and I'd say he was lucky to keep those!

Sri Masturbananda taught an important lesson that day, for that guy not ever to do that again, and, according to witnesses on the scene, he never did.
Posted by dbkundalini at 5:59 PM