I Owe My Life To My Mother 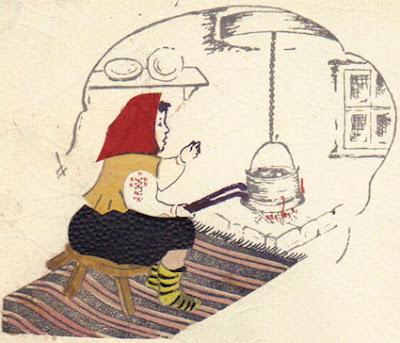 Well, here I sit, flesh and blood, a person who owes his life to his mother. Before she came along, I don't remember being here. Then she met dad, and they obviously got to know each other fairly well, and next thing, there I was. How that works, precisely, is anyone's guess. There's the biology of the matter, but how precisely the kid turned out to be me specifically, I don't know, I guess it was my turn.

It's weird to think back and realize I had to form to sufficient maturity inside of someone to eventually be born. Of that, I swear I have no recollection, and I don't swear lightly. I can only imagine what it was like, dark, moist, warm, with various bodily noises going on around me, my hair a sticky fright. I definitely know it's the longest period in my life that I went completely nude. Since then it's been more or less only nudity during showers, and an occasional game of volleyball up at the colony.

Anyway, eight months of that, all settled in, then I spent another month looking for the exit. I guess nature might have finally taken its course, but I hate to trouble anyone. So I'm looking, looking, looking, never quite believing that I'd come out where I did. That's getting awfully personal, very familiar... But still, seeing no other alternative, I started hacking my way through the thicket, feeling the jungle close in on me the bigger I got, and next thing I knew, the curtain, so to speak, parted, and I was able to see the light of the delivery room.

The first words I heard were, "It's a boy," causing me to glance down to see what all the fuss was about. I signed the papers for the circumcision and we went from there. They placed me in the loving arms of someone, and this person was later identified for me as my mother.

The years have now come and gone. Including breastfeeding -- seriously, tough to believe, I know. Then she made a bunch of Spanish rice, I remember having a lot of Spanish rice. And homemade pizzas. And lunch meat cut like windmills. And bread mixed with milk. Back then they didn't go out to eat a lot, so we ate everything at home. I don't know if it's coincidental or not, but today I never eat Spanish rice, windmills, or bread in milk. And the last time I had a homemade pizza was probably 15 years ago.

Happy Mother's Day. Everybody have more children so we don't run out.
Posted by dbkundalini at 5:46 PM