Shopping Around My Biography 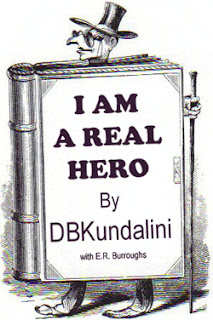 I've been reflecting back over my life a lot lately. Age does that for you. And sharing some things with friends, who all say, "You should write a book!" You've probably heard that a million times too. But who has time to write a book?

Still, it's a great idea, if I could just find a "with" guy to actually write it for me. He could listen to me talk for a few hours, then pad it out from his own imagination, double-space it and use three inch margins and we'd have a book. I'm hoping to get Edgar Rice Burroughs, since I like the treatment he gave of Tarzan, but there's a chance he's dead.

I'm something of a hero like that, only more so. And it all came back to me with the killing of Osama bin Laden. That led to a minister somewhere being outed for lying to everyone about his once being a Navy SEAL. It really got me thinking, I actually was a Navy SEAL, and if it's such a big deal, I ought to be capitalizing on it.

It's true. When the Navy one time said they were getting some SEALS together, I happened to be there, and they said, "Hey, you!" To make a long story short, I signed up, went to Vietnam, killed Ho Chi Minh, and the rest is history.

After that, with my confidence totally boosted -- in overdrive -- I went on to many other achievements. I'm way too modest to list them all, but I could mention a few of the more minor ones, like the Oscar I won for my portrayal of a bit player in Bonnie and Clyde. Ever since then, I've dodged the paparazzi, but one day I had trouble. A guy came to my door claiming to be a homeless guy looking for a handout, pointed at me and exclaimed, "You're him!"* And there was a very nice write-up in People.

Gosh, just going over the list in my mind, I guess there's more than I remembered. Like the Nobel Prize I got that year for developing a bean that expands to a full steak dinner with just a drop of water. Now starvation is completely a thing of the past, except for vegetarians, they're still dropping like flies.

Then there were my years at the New York Times, where I got the Pulitzer Prize for my series, also having to do with food, "Peas Porridge Hot." It was an expose of the Russians, feeding children porridge made from peas irradiated at Chernobyl. They put a drop of water on one pea and it expanded to a full bowl of porridge, but it was extremely hot. In their defense, it would cool, but it'd take 500 years.

I probably should mention my gold medal in the Olympics; I only hesitate because I pawned it and when I remind people, they always want to see it. I was in one of the events the Palestinians didn't attack, and, frankly, the only reason I was so fast that day was I heard they were coming.

Among my other sports accomplishments, I served as the winning quarterback in the pilot game that launched the famous Super Bowl series. It was a little known game, but I led the Mudville Mudmen over the Oakland Raiders in a 98-6 rout. We were trying for one more safety to make it an even 100 when time ran out, a great disappointment to me.

I've also had the privilege to receive the Congressional Medal of Honor, the Purple Heart, and a Medal of Citation for serving as the dunk tank guy in one of the Chamber of Commerce's fundraisers.

All in all, it's been quite a life, and I'm not done yet. I wanted to mention something that may sound trivial, but honestly it's been a source of pride to me for many years. That would be the time I substituted for Ringo when he was sick and the Beatles were on tour. Actually, they got a guy named Jimmy Nicol, but then he stepped off stage feeling queasy too, and George Harrison motioned me to the drums to fill in. I hadn't played the drums up till then and I haven't played them since, so thanks to the girls screaming, no one could hear me anyway.

*This really happened. A guy kept saying, "You're him! You've got to be him!" and so forth. I finally talked him out of it.
Posted by dbkundalini at 5:06 PM