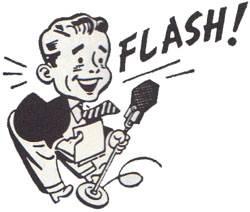 This just in, additional evidence now suggests the actual date as March 20, 2032.

We've been working with Harold Camping's data, feeding it into a Super VIC-20 routed through our own Bibletron 316 software. The key thing to say about his study and figures, they're 100% accurate. It's stunning, yes.

However, this is also true, Mr. Camping left out one Scripture, much as he did in 1994 when he failed to take into account important data from the prophet Jeremiah. He retooled, factored in Jeremiah, then went with the 2011 date. Big mistake, but entirely forgivable, because it allows us to take his information one step further and add to it one critical data point.

What Mr. Camping failed to account for was Revelation 8:1: "And when he had opened the seventh seal, there was silence in heaven about the space of half an hour." There will be no Rapture until this space of about 30 minutes is accomplished! Meaning we have to take Mr. Camping's May 21, 2011 date and add on the equivalent of a prophetic half hour of time!

Any reading of the verse, however, comes up against a problem. It says "about the space of half an hour." Assuming that God thinks pretty much like us, we can safely say that anything before 15 minutes is not about a half hour. If Mom said we'll get a candy bar in about a half hour, we would probably have to wait 25 minutes or so.

*I'm going to give credit to my calculator for these figures, a Casio, usually very reliable. If I made any errors in my calculations, please factor that into your own work and guide yourselves accordingly.
Posted by dbkundalini at 2:42 PM