Please Don't Drag That String Around 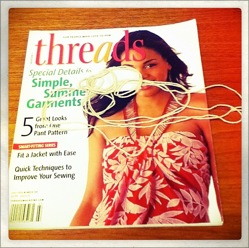 I've got the great Elvis Presley song "Please Don't Drag That String Around" in mind. I'm pretty good at singing it, at least according to the way I hear things. Probably if I heard it played back with no accompaniment and my bare, crummy singing voice, it'd sound like crap. But thanks to the inner voice and the great acoustics in the shower, it's all good.

It's a great song, though, and I'd love to line up a dozen different versions on Spotify and listen to them. Except the only artist who does the song besides Elvis is someone called The Tuesday Blue Express. What is it about that song that no one does it? It's on Elvis' Gold Records Vol. 4 and the '60s Masters box set, two places. It's on a 45 I have at home. And of course The Tuesday Blue Express, whom I hadn't heard of before, but if they do this song despite the rest of the world, they have to be great.

OK, I just listened to their version. It's just a straightforward version, not at any different than Elvis,' with kind of a rockabilly jump sound. I don't know that it has any real reason to exist, which may be is why no one else does the song. What's the use, if you're not going to do anything with it? You can't outplead the King, baby.

"Please don't drag that string around." In the song, Elvis is a "puppet on a string" to his baby, recalling another of his great songs. His baby must realize his heart is tied to the other end, but maybe she just doesn't care. So he needs to plead, she's oblivious to what she has in this devoted man. Personally, I'd rather have a more equal relationship than that, not having to "jump to your command" like a puppet. That's probably why no one else does the song; it has kind of a pathetic theme.

Still, I love the song. And big plaudits go out to The Tuesday Blue Express for at least taking it on. To the rest of the assembled artists of the world, those who have turned your back on this song, shame on you. Beatles, Stones, Matt Monro, Dolly Parton, Porter Wagoner, Tex Beneke, Sam Cooke, Otis Redding, Dick Barnett (a kid I knew in school), and Paul Peterson, I'm looking right at you!
Posted by dbkundalini at 10:17 AM