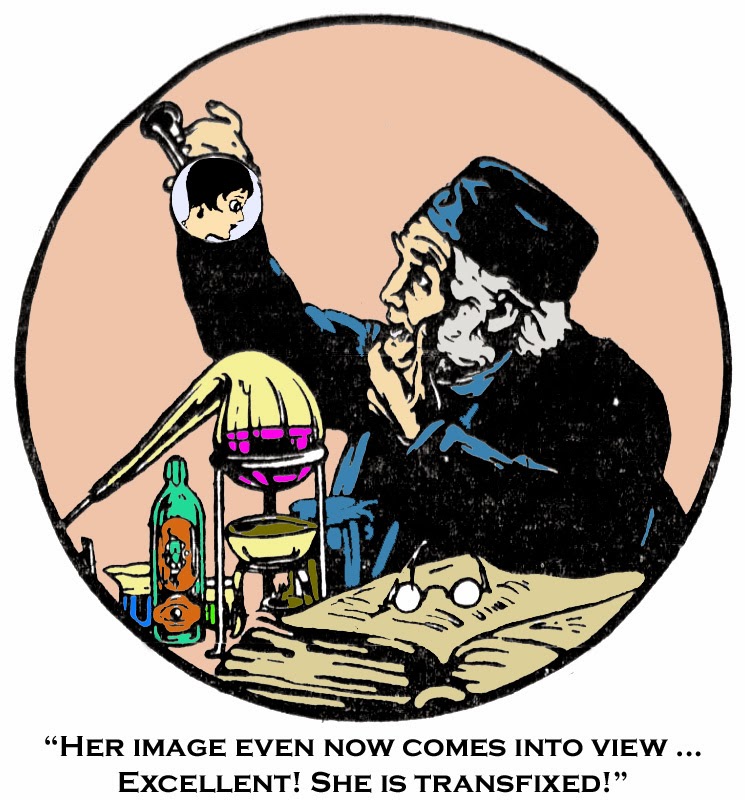 We were speaking yesterday of mental parasitism. Webster describes it like this: "A lesser known type of vampirism, mental parasitism appropriates the vibratory essence of a host for the perceived well-being of the parasite." I like that.

Yesterday, you recall, I carefully hedged my words. I was writing for a general audience, so I didn't feel I had the full dispensation to speak frankly. One hates to say too much. Today's post, however, I'm sending only to those more advanced in these things, engaged in minor borrowing all the way up to outright domination. Today on picking a host.

It should be abundantly clear that all hosts are not created equal. You have your big-boned gals and your delicate flowers. You have men strong as a horse and just as tough, then there's the general run of men, wilting wimps. They're not hard to recognize. As would be expected, delicate flowers and wilting wimps have decent enough vibratory essence, but the quantity isn't there. Gals with big bones and horse men have essence in great quantities, but so often it's tough as nails. The ideal is something in between.

There are, of course, many times when you'll have a "Beggars can't be choosers" choice to make. At those times, with your own essence failing, you can't be picky. As I write this, as luck would have it, a guy walked by, big as a mountain and yet still wimpish. What do you do with that? Being wimpish, the essence would obviously be supple enough, and being a mountain, the quantity would be there. But is he someone you should settle for? Also take into account that he was drinking something from McDonald's. I actually turned away in revulsion, but my personal levels today are all good. I can easily afford to wait.

Part of your consideration has to be, too, your self-respect. A McDonald's drink, please! What else has he had? And when I say big as a mountain, I don't mean in the football sense, but more oafish. Attaching to him, in my opinion, would be like trolling the beach for dead whales, distasteful to anyone but candle-makers in shipping ports. But take that slender gal with the tight blue jeans and neat tangerine scarf passing by; she takes care of herself. Two or three hosts like her would easily equal one mountain man, and be much more pleasing. That I could respect.

A key consideration in selecting a good host is also the setting. These things take time. My mountain McDonald's guy -- already with strikes against him -- was in motion, passing by. How terrible to try to latch on to his essence; there he goes! It couldn't be done to any satisfaction. What kind of lock would you get? You tell me! You wouldn't get any lock! It'd be like charging your phone three seconds at a time. In terms of your own essence, you'd waste as much as you gained, zero sum or worse.

Tangerine scarf was in motion as well, but she was headed for a chair or desk, making her a better possibility. But if you need two or three tangerines to equal one mountain, again, this is something to plan for. Say you've connected, gotten what there is, then spill some in disconnecting, only to end up vainly scouting for a new host, maybe you should've stayed home and chilled. It's important to have the vibratory essence, don't get me wrong, but no one wants to chase rainbows and only come up with rain.

That brings us to another key point, which we could easily move to the top. Goals. There's mixed feelings on this, with so many driven by selfishness or the thrill of the chase. I myself am not a fan of "topping off," which I think is undisciplined. Lack of discipline, nothing positive there! I've known some very undisciplined parasites. Generally young, they always think more is better. They think they can live like the devil and avoid questions forever as to what's going on. No! Loose lips sink ships, as we've all heard. Next thing, we're locked up in the state pen and a few of us with immunity are testifying before Congress.  As an aside, I'd like to drain the essence of a few of those Republican bastards, honestly to the point that they're rolling helplessly on the floor, twitching and babbling. Or just twitching, since they've been babbling all along.

What I want to say on this point, topping off, is to quote a sign at the restaurant: "Take all you can eat, but eat all you take." Get the parallel? Life is a system of give and take, but if you take more than you need, that's despoiling our shared resources. It's irresponsible, whether you're at the KFC buffet, gorging yourself on their halfwit food (physical), or at the Miss America pageant, gorging yourself on the swimsuit competition (vibratory). My advice: Pick the gal from your own state and leave the others. Of if there's more than one parasite from your state present, go halvsies and split a few judges.
Posted by dbkundalini at 12:13 PM