Seriously, Stars Should Be Big News 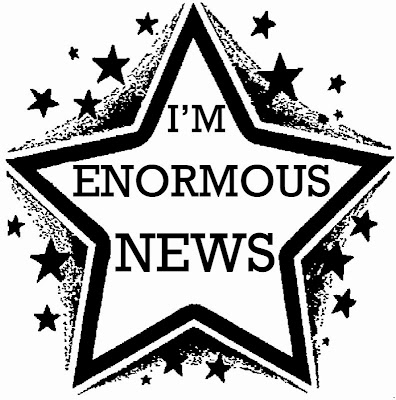 It surprises me that the stars aren't bigger news than they are. It's been a long time since I saw a decent article in the paper about the stars, that they're there and anything else about them.

When I take my dog out for her business, sometimes it's after dark or dark in the early morning hours. Each time, if the sky is clear, I look up at the stars and feel kind of amazed that they're there and about some of the things I know about them. Then, amazingly, I don't see much news about them!

The little bit of study I've done on the stars was a year or so ago. Since then, I've forgotten a lot of what I learned. But there for a while I knew the names of maybe 15 different ones. Still, anyone can look up at them and enjoy them, which I do.

The grouping that has Orion's Belt is the one that always catches my eye, in the times of the year that I can see it. It has Betelgeuse in it. This is an interesting star, in that it's expected sometime to blow up. Seriously. An interesting thing about it is that when it does blow up, it will have blown up something like 600 years ago. Meaning, by the time we see it blow up, if it does in our lifetimes, that will mean it blew up like 600 years before. Because even though the speed of light is totally fast, it still takes quite a while to get here if the source of light is extra distant! To me that's big news!

I don't have a good view of the northern sky, but that's where the dippers are. Sometimes I can see the Big Dipper, which I always enjoy. I see it only sometimes because it's busy, from our point of view, going around in circles. If you look at the top (sometimes bottom) edge of the dipper and extrapolate out from those two stars with a straight line, they lead you to the northern star every time. To me that deserves a story!

Then there is the immensity of the stars, which should be big news. Because there's nothing bigger, except black holes and various distances. We think the Sun is enormous, and it is, but a bunch of these stars in the night sky dwarf the Sun. They're immense ... and so far away that -- I haven't tested this -- even a pair of binoculars doesn't make them seem any closer.

I hesitated posting this article about the stars. Because it's a little too much a straightforward serious science article and not something humorous, which I prefer posting. Call it a big complaint I have, though, and sometimes I simply need to use my huge soapbox on the internet to agitate for progress. If you agree with me that the stars are getting the short end of the stick in the news, please contact your local newspaper and tell them you want more.

I really don't think the papers have it in for the stars or anything. That would be ridiculous. What I think it is, is the stars are always there and we take them for granted. Like trees or Dairy Queens. So we're not giving them a second thought. But when we do, ah, things are different. The fact that they could blow up any minute, 600 years ago, is really something. The fact that they point to the northern star, and thereby to the cardinal direction north, is unbelievable but true. And the fact that they're enormous and very distant is a bit of trivia -- truth -- that ought to be more generally known.

They're so busy reporting everything else, the newspapers ... how about giving the stars their due?
Posted by dbkundalini at 8:06 PM