Cool Scam -- "Did You Ever Sneak In Without Paying?" 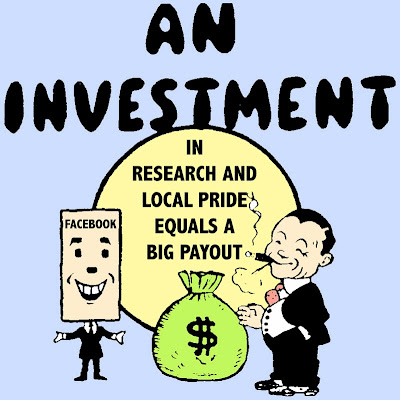 Here's a scam I know of that's making big money. Just last week I -- I mean an anonymous friend -- took in over $1,000, and it doesn't show any signs of stopping. The only reason I'm saying anything is because I feel like bragging to someone ... about my anonymous friend. 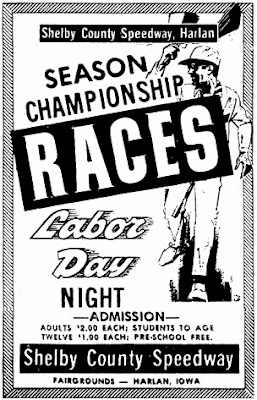 The key to it are all the little Facebook groups about podunk places around the country. It doesn't work with New York City or other big places, just county seats, little burgs where people -- usually guys -- don't mind bragging about what they got away with in the past. You've probably seen these groups, with names like "You Know You're From Pocatello When..." The locals join, including the alumni of the schools, etc., who are now between 25 and 80 and living somewhere else.

I start like this -- meaning of course my anonymous friend -- by researching a particular place and event. I'll give an example of car racing in Harlan, Iowa, just a place the dart hit on the map. (See the ad.) This tells me that in 1971 they had a place called the Shelby County Speedway with races that cost $2.00 to get into. Then I -- my anonymous friend, we'll call him Walt -- join the "You Know You're From Harlan When" group.

The first thing 'Walt" does, also based on research, is ask if anyone remembers certain teen hangouts in the early '70s, like, you know, the slot car place or whatever. It establishes him as a one-time local. Then, speaking of racing, "Boy, I really remember some wild times at the races over at the Speedway... Crap, it only cost 2 bucks, but that was big money for me back then. So me and a bunch of guys would just sneak in ... so sweet!" Next thing you know, there's other guys confessing to all kinds of things: "I snuck in, too! Saved me 20 bucks on the whole season!"

Then behind the scenes, "Walt," using a different name, like "Stan," has a bunch of letterheads from a fake law office, always with the town in question as the locale. It seems this law office has been retained to collect on past debts, cold case stuff going way back, and it's come to their attention that you posted online several confessions of wrongdoings against their clients. "In the aforementioned instance," the letter says, "our client, the Speedway, hereafter to be known as the party you ripped off, claims damages in the amount of $20, augmented with interest and adjusted for inflation since 1971." "Walt" pulls a number out of the air, in this case $200.

Sweet deal, huh? Please don't tell anyone. I don't want "Walt" to get in trouble.

And it's not just the races, of course. But school plays, ice cream at the Tastee Freez, pilfered candy at Woolworth's, and even breach of contract suits from jilted elementary school hopefuls, like that little girl you knew in 4th grade and promised to marry. Didn't think anyone remembered, did you? Well, they didn't, until you confessed it on Facebook! You didn't know you broke her little heart, which now can only be mended to the tune of $4,000 a month for life!

Remember, this is just between you and me and "Walt." For entertainment purposes and every other disclaimer we can throw in, wink wink.
Posted by dbkundalini at 3:09 PM