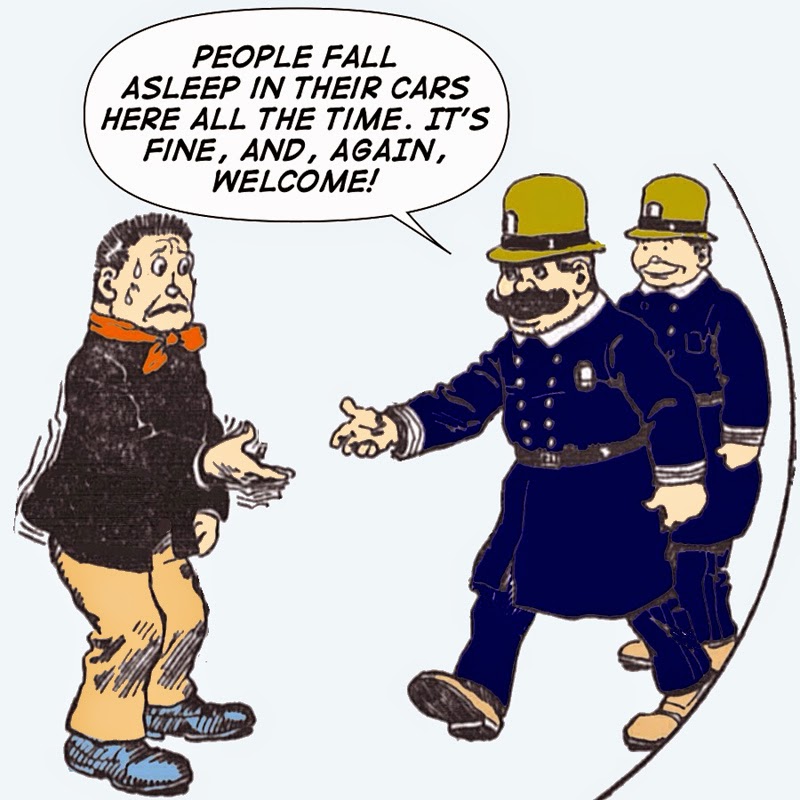 February's slipping away, and there's so much left to do if I'm going to destroy it as a month. The worst thing I can think of is having February slip by unscathed. Then it'd be "Out of sight, out of mind," with nothing changed and nothing to change. There is literally no time to lose!

I'm checking my list, so many things to do, it's daunting. Get to the statehouse and lobby legislators, organize rallies, circulate petitions, then get crucial support for the new stump month to take February's place. The travel alone might do me in, not to mention the work! Whatever else I can say, the key thing is, It's all super important and must be dealt with -- pronto!

Damn it to hell, then! ... that it turned out to be such a beautiful day, more like spring than winter. And I foolishly put the list of tasks on the back burner, and went out -- again, so very foolish! -- and wasted the day, indulging myself. I had to think, Does February know its days are numbered? Is that why it's so nice? Who knows? But whatever it was, it really zapped me. I got in the car, which was already warm, and next thing you know, I was out at the lake enjoying the day.

I'll blame it on my new dog, Roughage. I've been wanting to take her to the lake and watch her in nature, running and acting like the springtime pup she is, full of joy and total abandon. So that's what we did, and it was a great time. The birds serenaded us with their happy spring-like songs; it was quite the time!

After she was a little tired out, we sat together in the car, the sun streaming in. I rolled up the windows because it was also fairly breezy. That was probably my big mistake, sitting there in the warmth, a sleeping dog stretched out on the passenger seat, trying to read my Kindle. I felt my head nodding, and tried to hold back but there was no resistance. Soon both of us were dozed off, and that's it...

I'd probably be asleep still, except I heard tapping at the window, which turned out to be a couple of park rangers -- wicked bastards -- asking if everything was OK. It seemed we were parked at the campground, and the main boss said, quite rudely, that that meant paying the camping fee and having the proper stickers and permits. And that he could run me in on a 402 or 511, this, that, and the other regulation I'd never heard of. The other guy said it's people like me ruining the campground for society. Well, of course that's just what I needed to hear! Having just woke up, I have to admit I wasn't as nice as I should've been -- I was downright surly -- and their mean snarling frankly didn't help the situation. If it hadn't been for the dog being so cute I'd probably be in jail right now.

Add to that the sudden awareness I had again of the list of things I should've been doing for destroying February, and it sunk me immediately into the worst mood. I got a headache, bang, just like that. And I left there resolved, that once I destroyed February, I'd also see to it that the entire state camping system gets its just desserts! As in "Bye, bye, fascist rangers!"

The day shot to hell, all I can do now is resolve and plan to get out tomorrow ... and get it done. Get out there and give 'em hell!
Posted by dbkundalini at 3:05 PM