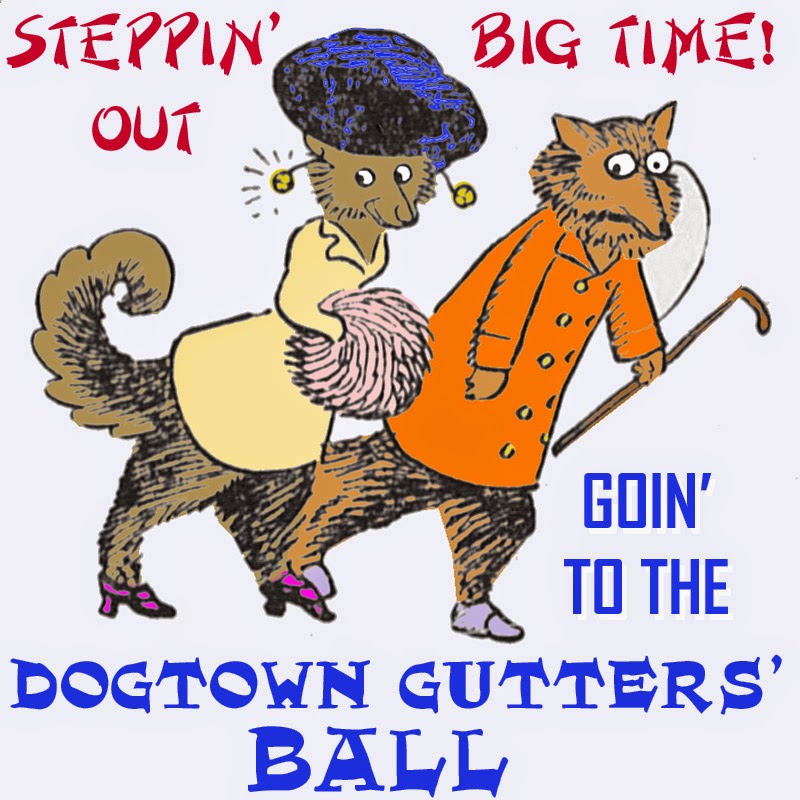 As a pet owner myself, having gotten a new dog this past Christmas, I know all about dogs. They can be secretly vicious when things are normal, and openly vicious if they think you're on to them.

Of course my own style of dealing with a dog is to give it anything it wants, letting it gorge itself with food, for example, on the theory that being full it won't go for my jugular in the middle of the night. Sometimes I ask myself, Why, O, why did I get another dog? My other dog, Underbrush, died in December 2013. I told myself, No more! Then, and this was the rub, there was a female dog in the family taken advantage of by a chihuahua, and next thing you know these little guys gestated out.

My current dog, then, isn't very big, 4.5 pounds of wiriness. Tight fur, unlike Underbrush's. She's not nearly as obedient yet, meaning I have to step up the bribery. What's her name? I was thinking of Pitbull, but it's trite to name an animal the opposite of what it is. I don't want to discuss her name tonight.

What I want to get to, rather, is the viciousness and potential viciousness of dogs. Even though they don't usually attack us. They see their food coming in the bowl and they devour it. Of course, you say, but think about it, That's what they'd do with their prey. Just because they're domesticated doesn't mean they're domesticated in the heart, in the DNA; they're still wild animals under wraps, just waiting for an excuse, a made-up threat, to lash out and exact their pound of flesh. I see people's dogs gently pawing their babies on Facebook, and I think, They could turn on a dime.

If you have more than one dog, that's when they're at their worst, since their ancient history is hunting in packs, attacking, devouring, and fighting among themselves. You might be a meerkat or some other little varmint, and if the dog can get you by the softest part of your throat, they'll be ripping feverishly and making a fine meal of you, devouring the entirety and burying the bones for later.

Think of that next time you're outside with Fifi, and she seems to have love for you. She does, when you're looking. But look more closely at the situation, over to the trees just beyond the property line, how the dogs have had it scoped out forever. That's where the pack is, with the alpha dog getting the inside information from your dog, and other dogs farther from the periphery.

It's logistical stuff. Fifi says, He takes me out this time everyday. His scent is such and such. He doesn't exercise, and even if he did he'd never be able to outrun us. In other words, your dog is a traitor, just waiting for the chance to betray you to the pack and enjoy eating you. Seriously, that could be your last experience, the beloved family dog looking into your eyes with its big red, bloodshot eyes, saliva dripping from its fangs. The others push her into the fray. She's given the honor of devouring your brain with one big slurp. Prove you're one of us...

I have really old experience with dogs, when we used to hunt rabbits. It's a freezing cold day. You can see your breath, and really anything hot. You slice a rabbits underside and the hot guts immediately steam. They're a mess when they hit the ground and the dogs fight each other to slurp them up. And that's exactly what they do, slurp, as big a bunch as they can grab. They're voracious, merciless. And they don't care if it's a rabbit ... or it's you!

After that time, I was taught that's their true nature, and I've seen it in action. Neighbors who've disappeared, leaving behind a dog to rest on their grave and fake sorrow. Actually they wish they could get at the remainder of your corpse, not realizing your body has become "corpse soup" and is far from edible, especially when pumped full of mortician chemicals. I'm just glad I'm being cremated. Dogs hate that.

So beware... Next time your dog's dressed up and heading for the Dogtown Gutters' Ball, just make sure it ain't your guts they're going to eat.
Posted by dbkundalini at 6:34 PM