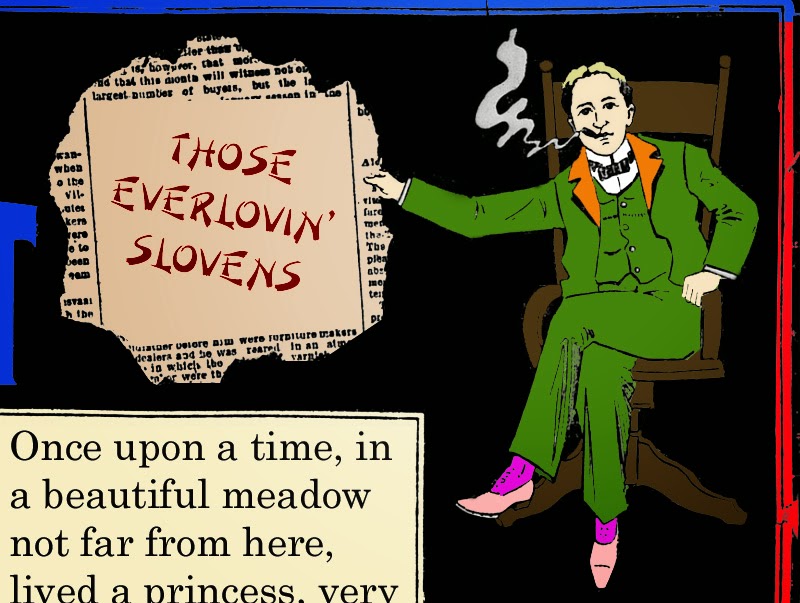 They had three slovenly friends who often dropped by. One spat, one drooled, and one regurgitated.

The family's slovenly dog would carry out his food and drop it in the mess. The slovenly wife saw it all and burped, worth her weight in garbage. The slovenly husband listened to her burp and also managed an emission.

The slovenly husband often thought, "Why are we living like this, so slovenly?" He said to his slovenly wife, "We could do better. We're careful enough to keep our popsicles cold in the fridge, the wrappers could go in the can, not on the floor." But that passed.

The three slovenly friends came over, one spitting and one drooling. All eyes were on the third, who had a sudden look of queasiness. It couldn't be long now, and ... there it is, a recent bite regurgitated. The slovenly dog was happy.

The slovenly wife felt the need to burp and scratch. Being so slovenly, she scratched so much that when she wasn't scratching, she was burping. She dismissed her slovenly husband's question with a shrug, tossing a popsicle wrapper to the floor, burping and scratching as well. Bugs were afraid to land on her.

Their TV was always on, also a slovenly mess. The slovenly dog chewed the remote, so it was stuck on one channel. All its colors were drained, so the flickering picture was forever green. Once a green cartoon was clear, causing one friend to spit with happiness, the second to drool with joy, and the third to lose his lunch.

One day, the slovenly house, having lost its will to remain, collapsed around them. The slovenly family and friends sat in the open air, burping, scratching, spitting, drooling, and regurgitating. The dog ran to the bush and peed. A powerful wind stirred and blew the house clean of popsicle wrappers.

And there the slovenly family sits, to this day, hoping against hope for whatever.
Posted by dbkundalini at 9:56 AM