All Industry Is Local 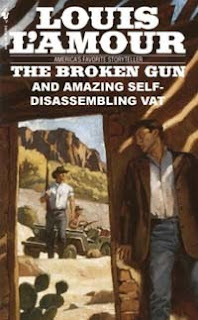 All industry is local. All good industry, that is, the kind practiced by the Residential Industrial Movement (RIM). With the other guys ... not so much. I think what they do, call it what you will, sucks.

So all good industry is local. And we love it that way. One thing, it gives us the closeness of neighbors, and the accountability of neighbors. When you're a neighbor, you give your product a lot more care, because you know you're accountable for it.

Just think about it. When you've got a neighborly approach, like you have with local industry, you can look the man who made it in the eye and tell him what you feel: "You've sold me a good vat, a vat of sterling quality, unassailable by any standard. And I, sir, shall remember your abilities in manufacturing when planning any and all future purchases."

Or, it could happen, I suppose, that someone could conceivably get a bad one, and that's where accountability would really come in. "Sir, it is my considered opinion, based primarily on the sides immediately falling off, that the vat you sold me is not of sufficient quality to elicit my satisfaction nor to garner my patronage of your establishment in the future."*

My own feelings on this subject would be that the local manufacturer, being accountable, would immediately offer a refund and a pledge to make it right by giving the man's order another try, if that were agreeable to the man. You could go way out on a limb and say, No, it wouldn't be agreeable to the man, say the customer had a short fuse. He might do it like they do it in the movies and "demand satisfaction," meaning they'd have a duel. You've seen how this works: A guy hits another guy with a hankie; it doesn't hurt a bit, except it injures his pride and he has to react with an out and out challenge. So you have a duel. One guy gets killed, whichever one happens to be shot.

That's never happened in the RIM, let me assure you. But were it to happen, I can also assure you it'd only cause us to double down on our efforts to put forth the best merchandise we can. Because no one wants to get killed over one cranky, hotheaded customer. Even if he had grounds. My own opinion, the more I think of it, is maybe the vat fell apart on him over some hidden karmic debt, and the manufacturer was in the right all along. But karmic debts are hard to prove in lively disputes.

But, speaking of karmic debts, what kind of debt would there be if, say, one of the guns turned out to be faulty? We'd have to assume that two RIM duelists would be using RIM-made guns, and if, examining them after the duel, it were found that one was poorly made and had jammed, well ... that would be bad. I'm sure there'd be a party of us, along with the survivors of the dead man, paying a visit to the manufacturer, saying, "Sir, we are discontented, and are here to register our disapproval of your workmanship on this particular model of gun, finding it, in our opinion, to be indisputably poor. It fell apart upon firing."

But let's back up, way back. I would hope that disagreements would be worked out without the parties being disagreeable in the first place, before we even got to the gun troubles. That's the original tone of voice we heard in the above exchange: "Sir, it is my considered opinion, based primarily on the sides immediately falling off, that the vat you sold me is not of sufficient quality...", etc. That's a good start.

Notice the careful tone in the words that are exchanged between neighbors. At least before the whole dueling incident takes place, there's no "Your vats suck!" which would be more typical in an exchange between a customer and a distant plant of the Major Industrial Powers (MIP). Because it's the closeness that makes the difference. So, whatever it is, from a bad toaster to a table missing a leg, dealing with the MIP, you can expect to be dissatisfied. And it's going to show in your attitude. But in the RIM, we can always work it out...

So, local is definitely best. I know I like to walk up and stand on the loading dock of the man I'm buying from. We can both hear the workings of the factory within and know all is going well. Or, if there's a big clunk or explosion, we can both run in to assess the trouble and dangers, me of course deferring to the owner's lead, giving him first dibs on any assessment. Then we would walk back -- depending how long clean-up took -- and seal the deal with a handshake and an exchange of pleasantries. "I spent a little longer sealing the deal, sir, than I expected, but these things happen. I'm only glad I was here, in case you needed backup or for someone to call an ambulance or fire truck."

----------------------------
*I've never known a scenario like this to happen. But were it to happen, I would recommend industrial counseling, a getting together of like-minded industrialists. Again, this would best be done at the local level, between neighbors, who would more easily share a good mutuality of spirit.
Posted by dbkundalini at 4:34 AM