Getting Back My Industrial Focus -- No More Sex 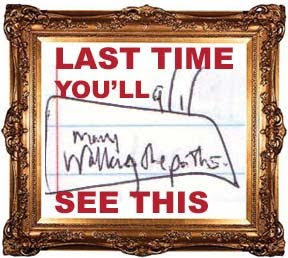 I've really been thinking non-stop about my four words, "Many Walking The Paths," from the last few days. It's a very enjoyable thing when you do something truly wonderful. And if you're like me, you want to just keep reliving that moment.

But I know I shouldn't, because that's not my focus. This is where it ends...

It's kind of funny, in a way, that I'd want to relive that moment, because, actually, when I had that inspiration, it was accidental, I felt like I was in a tight spot. It was right when that guy 'walking the path' glanced at me. I hope you know all of this is true. No one's making anything up here. That's what makes it so great! There's no way I was hoping for that moment to happen. There's no way I was planning for it to happen. I honestly was only there to see if there were any signs -- hide or hair -- of the major industrial powers.

Just as an aside, maybe a funny one, if you want to see hide or hair this might be a good park to go to!

I'm a little uncomfortable, I'll confess, intruding on people's privacy down there. Because those who go there and have nothing to do with the major industrial powers are entitled to their privacy, even if they're doing their thing right out in public. Technically, it's public. I mean, it's a series of wooded paths by a river, with lots of bushy cover; you can't see things from the parking lot, although you could be innocently walking the paths without any clue about what was going on there, I'm sure, and get a royal eyeful!

Now, since I'm being honest -- and let me repeat, all this is true although it's hard to believe -- let me just say, I myself have not walked the paths. I have kept to the parking lot. One, I don't want to be in a position of someone backing me up against a bush that could give way at any moment. And, two, I don't want some guy with a notebook taking notes about me when I come staggering out with my shirttail askew, my hair messed, and my eyes crossed. I'd be throwing up all kinds of protests, none of which would ring true, since, "Methinks he doth protest too much!" And all that ... Anyway, as far as I'm concerned, it's a fright.

But just because I myself haven't walked the paths, I still have an imagination second to none. And I've had a long time to think it over. I've studied the angles and parsed it completely. I know the ways of men's hearts and what they do when left to their own unbridled lusts. You want to turn away and probably do. I myself would turn away, because, again, I like to respect people's privacy. But that doesn't mean it's not all brightly pictured in my mind, because it is; it's stark and tremendously detailed.

OK, I've said all that. But what I wanted to get to is the fact that I need to move on from the 'four words' and the issues surrounding the park. Except as they relate to the dealings of the major industrial powers. Those are the guys I want to bring down, not every other lonely, obviously desperate guy in town. And it's not even every lonely guy in town, because it wouldn't occur to most people to strip down and cavort through a bunch of mosquito-infested trees and bushes on these crazy paths with total strangers. Remember, tomorrow's going to come, and you don't want to wake up with ... whatever, a rash ... or worse.

So it's not them -- they're all quite innocent, as far as I'm concerned. No, it's the major industrial powers who've managed to get my goat, lo, these many moons. That said, then, I will leave this other business behind. And I will get my focus back to the things of industry, strictly speaking, the dealings and double-dealings of the major industrial powers as they stand solidly against the Residential Industrial Movement (RIM). We are good, they are evil.

Anyway, that's the information you come here for. You're thinking about practical things, such as how you can prosper as a residential industrialist in the face of the major industrial powers. Because they are out to stop us. They are out to get us. We need to be prepared, and a big part of that is sharing information, with knowledge being power.
Posted by dbkundalini at 4:34 AM