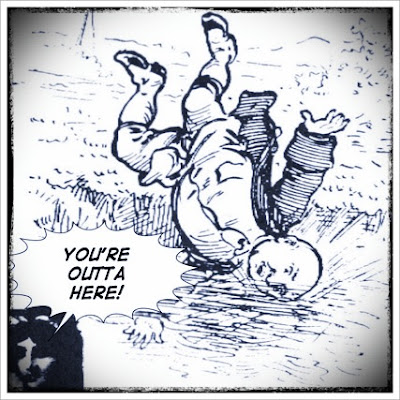 If you have a website or blog, maybe you wonder, like I do, what will happen to it after your death.

I'd like to think that somehow, some way, everything would be nicely preserved for thousands of years. But that's not likely without real dedication on someone's part. How often just within the last 15 years, since the internet really got jumping, have sites come and gone, like Geocities? They give you a month to download your crap, then that's it. After that, you're out of luck.

Imagine your heirs. They think everything's going smoothly with the website they're trying to preserve, two or three years pass, they go back to check it, and Google has some new standard that you have to log-in before a certain date or it'll be gone. They just did that with "legacy blogs," blogs that hadn't been updated for a couple years.

So the idea of your website outliving you by very many years, while it's a great idea, is maybe unrealistic. It's certainly fraught with peril. On the other hand, they say that anything you say on the internet is imperishable, although that might be more true for embarrassing things rather than what you want everyone to remember. Like if you're a teacher and you've molested your entire class, no one's going to forget that. But if you're just an average guy like me, who's never molested anyone and isn't likely to, we have to fend for ourselves. The penalty for being good!

But let's think about that a bit more. Let's say you are a real cretin, like the teacher in the example, and you have a website. (And this goes for mass murderers, or a crazed killer like the guy who tried to kill the congresswoman, or even someone who bullies someone on Facebook into suicide.) As soon as their crime becomes known and they're infamous, you can set your watch by it, whatever they've posted on the internet will be gone within five minutes. Maybe it's because of the overload on the server, or because no one wants to be associated with them -- whatever, it's gone! Of course their incredible failure at life will always be known, just not the other...

And that's what it is for all these deranged people, they're an incredible failure at life. There's different ways at looking at life, existence, and what it is we are here to accomplish, if anything. More or less, I think we're here simply to reproduce, like every other species. Although we've tamed nature to a certain extent and don't need to reproduce like wild animals. But socially we have a purpose, and that's to get along as best we can, be a decent citizen, and someday pass on. People will say, "He lived a good life." But if you're deranged, or do something psychotic, like killing a bunch of people, we say, "What a failure at life! His one chance at life and he blew it!"

But they ought to leave their websites up. The publicity is going to die down. The rest of us then can preserve our own websites and blogs, and if we ever need to be reminded, we can go visit those folks' and tell ourselves, "I may not be much. But at least I'm not that asshole."
Posted by dbkundalini at 11:17 AM