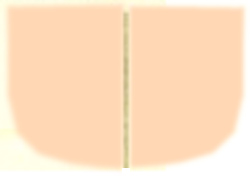 I need to get it out of my system, my intentions to write about buttocks. I've had it in my notebook for a few days. I don't feel that I have much to say about it at this present moment, but I'm not going to let that stop the attempt.

I was driving today and saw a young woman walk by with just the barest hint of her "cheeks" showing, which was noted by my passenger. I had to say I also noticed, and since it was just the barest hint, in my opinion, that's usually better than the full intensity of shorts down around your knees.

It all served to remind me of the subject. I looked it up at the library, "buttock." And just a word about the word, I don't really like the word in its fullness, with the clumsier sound than just the shortened "butt." Why we have to suffer the more clinical "tocks" on the end of it, I guess it just goes along with the history of words, even though we've more or less managed to dispense with it in day to day conversation.

The dictionary says, "Usually, buttocks, a. (in humans) either of the two fleshy protuberances forming the lower and back part of the trunk." That sounds about right, although my own way of looking at things is that the butt isn't so much the back part of the trunk but the upper part of the legs. If we were turkeys and you were parceling out the pieces of a human, the butt would be the top of the drumsticks, not the bottom of the trunk.

Just look at a person walking by -- and you can do this with yourself as well -- and you can see, if it weren't for legs we wouldn't have a butt. The legs go up, then poof out, with the butt proper being simply the joining of the legs in a kind of mashup. Perfectly proportioned, usually, with the crack down the exact middle being nothing more than the accident of their joining. The excretory opening (look it up) is not so much a part of the upper leg complex itself, but is indeed more properly classified as being part of the trunk. I know all this and I'm not even a doctor!

Where I come from, also, buttocks are meant to be a private part of the body. You don't go around with your butt hanging out, even though they are really nothing more than "fleshy protuberances." But it's come to my attention over the years that not everyone looks at it that way. Sumo wrestlers, girls in bikinis, and the kids from The Family Circus, all have been flashing their butts for years, and probably always will. That was a source of great humor for us as kids, to see The Family Circus kids' butts hanging out. Because it was different than what we expected.

Butts. They're really OK as body parts go.
Posted by dbkundalini at 11:26 AM