The Sun Will Be A Red Giant 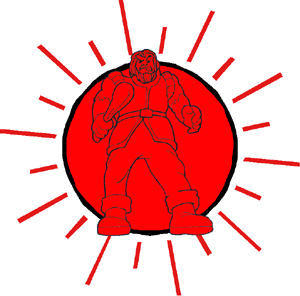 It's another scorcher today. Temps in the low 100's, Fahrenheit. Very toasty.

One of my questions, and I keep forgetting to look it up, is since our body temperature is already 98.6, why does it feel warm when it's 98.6 outside? Whatever the reason may be for that, I can't wait because it's even hotter today.

I was downtown and getting way too much sun. I've been wearing a hat for the last few months. My doctor told me I needed to because of the sun. Still, there's all the sun on my arms and neck. So I walk faster and maybe I can outrun it.

I was watching a show one day about the sun, a good scientific show that showed how the heat makes its way up from the middle of the sun to the surface, then of course it streams through space and ends up on me. It was pretty interesting, but it seems like I had a couple calls, then someone was at the door, so I never saw the whole thing, and essentially aren't able to recall what I saw very well. But I think about that show when I'm out in the yard. All those sunbeams, working like the devil to get from the middle of the sun to the surface; it takes forever. Then six minutes later it's in my backyard!

I don't know which show it was -- I think there's been more than one -- where I saw the interesting news that the sun someday is going to become a red giant and destroy everything on the earth. That's quite an awesome thought to me. The idea that everything on earth will be consumed in flames and that no one will be around anymore is mind-blowing. This includes the Mona Lisa, Beatles records, all the great movies, and even the archives of this blog. I'd like to think it's immortal, but that's just a fantasy.

So it's going to become a red giant. There's something about the sun's dying process that will make it get bigger. You'd think dying would make it shrink up, and actually it will shrink but only after it first expands. And once all this happens, a few billion years from now, that'll be it for earth.

My guess is something else is going to kill off everyone before 5 billion years passes. I'm not naturally pessimistic, but seriously, billions of years is a long time for humanity or any species to continue on. Especially when you're as self-destructive as us!
Posted by dbkundalini at 5:58 PM