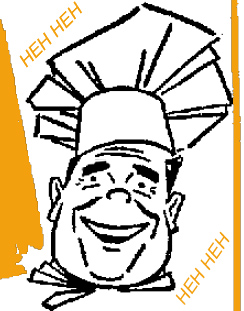 We've all watched comedians on TV telling the audience that they've been fantastic. That's good, because a comedian wants a fantastic audience, folks who are going to appreciate them and laugh. We might say, What's the difference, if they're being paid? You could hire a comedian, send them out to a bunch of stiffs, he could go through his routine, and end it, and it'd be just as good.

Just thinking of it, it looks like it's just a decent way to end the routine. You're going to thank the audience, and since a lot of comedy is just talking anyway, you may as well compliment the audience. Plus, the audience's response is a key part of the whole thing for comedians. It can be different for a musical act, who are just there to run through their songs. Bob Dylan, as an example, might not say a word.

It's nice to hear it, that you're a fantastic audience, or you've been fantastic, even though it doesn't mean that much. Because it's being told to you in the aggregate, so it's not really a compliment you can claim and put on your resume. But it makes you feel better when you leave than it would if he said you were deplorable, like the school principals used to tell us.

I was at a restaurant that was getting a fresh reboot and the owner (or manager) was there in the first days, acting all funky anxious. (As it turned out, he had good reason to act anxious. I went back a few times, getting consistently bad service, so I haven't been back again.) So he's all stressed out, and his inclination was to come to the eaters and let them know they're fantastic for eating there. Of course they're just there to eat, not be told how fantastic they are. They're thinking, "Hey, dude, leave us alone!" But at least he wasn't singing Happy Birthday table to table!

It's good that a place has an owner who's cordial. But I prefer those who stay in the background somewhere, so you don't even know who the owner is. He's just a guy somewhere, counting money and parceling out the tips. With no feedback whatever table to table.

I'm thinking of the great artists, who simply labor alone, with no feedback from anyone. Like Van Gogh, who didn't get fame till he was dead. He didn't have to periodically step out and tell us we've been fantastic, a beautiful audience. "You've really been quite lovely!"
Posted by dbkundalini at 11:25 AM