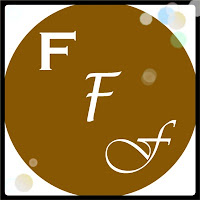 "This is the Randy Track Show, and I'm your host, Randy Track, and today we're welcoming Larry Stine to our studio, from the group Fahoup Fahep Fitzguh. They're in town, and they've got a really big show tonight at The Unmentionable. What time is it?"

"Uh, I think it's 9 o'clock. We'll be rehearsing before that, no doubt. And a couple of our 'roadies' will be setting up the speakers and all that stuff so we can put on the best show we can give for the money."

"OK, we're going to be playing a little bit of Fitzguh coming up here, since you have an album or two out."

"That's right, each of our albums has several 'cuts,' or musical selections, all played in our own distinctive style, according to the genre that comes natural to us. And if you play a few of those, whatever time allows for, it might gin up some support for us, with more people then hopefully coming out for the show."

"Sure, Larry, our listeners are very keen on your group and your music, so believe you me, I'm sure there will be quite a few warm bodies in attendance tonight, each one grooving to your great sound. You have a drummer, right? And he's well practiced?"

"We do have a drummer. Exactly how much he has to practice, that's a matter for him to decide. As for me, you probably know I play the six-string guitar."

"Of course. Anyway, Larry, welcome again. I wanted to ask you as my first question how you guys got the name Fahoup Fahep Fitzguh? It's quite a mouthful, causing a lot of us in radio -- and I think a lot of your fans do the same thing -- to shorten it to just Fitzguh."

"Ha, ha, we knew that would happen. We could've called ourselves The 3 Fs, but, I don't know, there's reasons why we went with the name we have."

"OK ... A few years ago my wife -- my old lady -- and I, my old lady and me, were doing all this spittin' and sputterin', just on a lark, trying to 'one up' each other with it. Imagine it if you had Sylvester the Cat just going into this whole routine of being amazed about everything and not being able to get an actual word out. He's just moving his lips and spitting. You can't even spell what it'd sound like: "Futz, fitz, splick, etc.," like that. Now multiply that out for like an hour or something! It's hilarious!"

"Anyway, my old lady and me, we're talking it over later, and I'm like, 'How would you spell that?' And that's how we narrowed it down, or crystallized it as a short phrase, 'Fahoup, Fahep, Fitzguh!' It's been a long time, and my old lady -- my wife -- sometimes she thinks we had an extra 'Faheep' in there, but I know we didn't."

"Oh, LOL, that's very very funny! I've heard the story before, of course, and it gets to me every time. So thanks for running through the whole spiel again!"

"Ha ha, you're welcome. It cracks me up, too. I love telling the story, it's so great!"

"OK, I'm going to play one of your 'cuts,' and I'm going to say the whole name -- I hope I don't get too much spit on the mic! Here they are, Fahoup! Fahep! Fitzguh!
Posted by dbkundalini at 7:53 PM