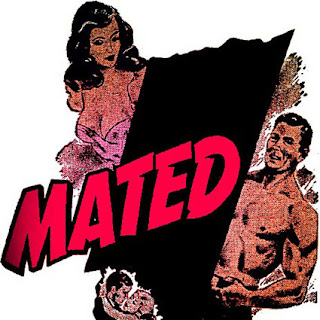 He wants her, that I can understand. She wants him, which I understand less. It came as a news flash to me as a teen that women had desires. But it's true. They want each other, so they come together...

Hands clasp, eyes meet, subtle signals are flashed, they draw closer, closer yet, so close, this is close. Their lips lock.

If there was time for a breath mint earlier, that moment has certainly passed. From here on, it's going to be reckless abandon, casting aside all concerns, it would seem, although wouldn't it have to cross their minds?

Good grief! This is the heat of the ages! Stand back or you'll be singed! It's a scorcher! The rubbing of lips, oh my God, there's got to be more to it, and there is. Tongue action.

(Just as an aside, LOL, and this is just me, one time I heard a scientist on TV saying the lips are just the other end of the anus, so let that pleasant thought sink in. It's what I think of when I see kissing on TV. It seems the Eskimos had it right, kissing with the nose, since the nose is merely the other end of the lungs. And you don't have to wipe lungs!)

Anyway, her hands are clasping the rippling muscles of his back. And he's fidgeting with her upper body support system (her bra). She's yielded to the idea. It's a jiggling good time for all involved, him and, yes, her.

OK, let's get to the meat of the goodie. They advance on ... inexorably on ... exploring every frontier ... Johnny Mathis is on auto repeat ... As far as the man goes, he's all hands, and the woman is also happy with what she reaches for. A meaningful look flashes on his face, as if to say, "Yeah, baby, right there!"

Then it's a matter of everything fitting as it should.

Let's analyze where we are. This is about how it goes. Very few surprises. Big whoop, right? No, it's still pretty amazing, biology gone wild, the perpetuation of the species at the heart of it. If they mate, good things happen as far as future generations go.

And if there's some measure of pleasure in the leisure, that too's a treasure.
Posted by dbkundalini at 6:37 PM