Your Career in Funeral Folder Photography 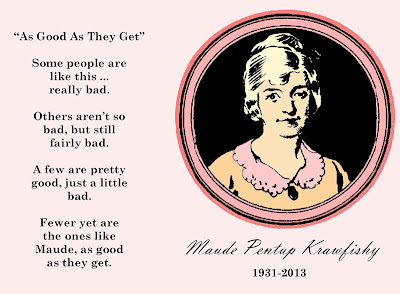 First, just let me say, I'm not a professional photographer. The ins and outs of photography is not my thing. I don't know a light meter from a parking meter, if there is a difference. I just happen occasionally to snap a good picture.

All that said, I have had accidental success as a photographer for funeral folders, the programs morticians hand out at their services. I don't have a good way to check the records, but my pictures of the beloved have appeared in four or five funeral folders over the years. And they've gotten good comments, too, along the lines of, "What a nice picture of him or her."

Now I'm sitting here wondering, What could I have accomplished had I set out to accomplish anything? I never did; like I said, all my photos have been accidental, pictures taken for other purposes then used later as great shots for that final day.

If only I'd made a studio and advertised, "Funeral Folder Pictures in 5 Minutes," I might be rich today! Because as vain as everyone is, they'd be breaking down the door to get the perfect shot. And there I'd be -- with my cheap cameras -- to provide it. They might look at my very modest cameras and be suspicious, and yet I've got a pretty good history to back them up. It's not how expensive you're camera is, it's the photog that gets the shots.

At other places, they arrange the family. Let's say it's for a good 50th anniversary picture. You always want the man so he looks about three foot taller. Up and down rectangular. He fills up the entire left side of the shot, top to bottom. The woman then has the right side, but her head's mostly in the bottom corner. That's a take!

Or if you're taking graduation pictures. These days, you find every rustic locale in town. Broken down cars, buildings with terrible graffiti on them, rusty trains, industrial disposal bins with fumes. The graduate lounges in front, looking fantastic in comparison. They don't have to do anything especially, just a pleasant smile. The photos always come out looking great. There's very little retouching needed; the acne never looks bad, blending in with the despicable background.

Or maybe you're taking glamor shots. These are always over the top, with a lot of shouting (mostly for effect), "Work it! Work it!," as she goes through her best moves, generally a lot of amateurish stripper-like moves, reaching for a pretend pole, etc. I've never yet seen a glamor shot that's actually any good. Give me a fresh-faced farmer's daughter up against the barn any day. You know she knows where the hay is, and she knows you know, which of course must be made while the sun shines. "That's a wrap!"

For funeral shots, all this is out. You want the person to simply relax, relax, relax -- while staying awake. If they need something to think about, I would describe the peacefulness of nature, in particular the very tall, skinny trees you see in cemeteries. Or flash slides on the wall in front of them, of milky white statues of our Lord, either in prayer at Gethsemane or leading sheep through some beautiful valley, free of mosquitoes.

If you need to speak to them further, use your gentlest voice, telling them you've admired them your whole life, noting their lives of quiet dignity, not like the common run of psychotic man. While others have run amok, they've been solid as a rock, a stone to stand for eternity, yea tall and yea wide, on a good foundation, keeping an average size grave from flying around the room.

You might speak of the horizon as bright: "Look closely at it ... Are those ducks I see? Way off in the distance ... either flying south for the winter, or north for the summer. They're definitely headed somewhere." The pictures are going great. You've very likely already gotten the perfect shot. But it doesn't hurt to secure an extra. For this, muster up whatever sincerity you have left, and assure them, "Everyone is your friend, and they wish you well. There's really nothing to hold you back -- the way the world is. We'll all be OK, you have earned your reward."

SNAP! It's good, it's in the iPhone, ready to be uploaded to the boys at the funeral home!
Posted by dbkundalini at 7:54 AM