I Am Joe's Mental Block 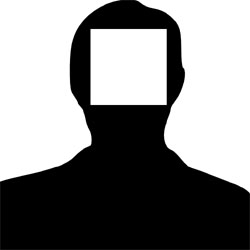 Joe used to be a capable, creative person, able to get things done pretty well, whatever he set his mind to.

Used to be. But then more and more there was a problem, a mental block, that he found hindered him with whatever task he was doing. He couldn't think clearly, as clearly as usual. The thing took over and kept him from accomplishing what he wanted, making him very frustrated.

I am Joe's mental block. One day he got me when he woke up a little depressed. Then I arranged all the things of his life in such a way that he was depressed over and over, then he woke up with a depression hangovers. I'm good.

His wife always had some things going on, his kids were clamoring for things, which always cost money. And it's not like the old days, like when Joe was a kid and his dad was so tight with money he knew better than to ask. These days, the little -- he hated to call them bastards since he knew he was the dad -- the little fellows didn't have any reluctance. They stated their need and the assumption was they'd soon have the money in hand and a little extra to tide them over. So there was a lot of stewing over that, added worries, and things were looking very dismal.

Joe had some creative projects he was working on. Some days everything just clicked, smooth as French silk pie, he was riding an idea high, he was on an idea bender, an idea kegger. He couldn't get it written down fast enough, the ideas, so he was abbreviating and rushing it and hoping it'd all make sense later. He even thought of bugging himself, so every word could be recorded!

Then I -- his mental block -- got my foot in the door. He sensed my presence, so I'd hang back in the shadows. These things can't be rushed, or, who knows -- God forbid! -- he might go to the club and work out. That's one of the things we mental blocks really hate, because -- think about it -- he gets the blood pumping, the knots out of his arms, legs, and back, and some cleansing sweat coming out his pores, and next thing you know, he's back in business! We prefer to keep him down and discouraged, always postponing any time like that for himself.

How much better it was to quietly suggest to him, "You don't have time to do anything, and what if you did? It wouldn't do any good." Then he started accepting my presence, and soon he became more docile, more lethargic, and nodding off right at the time when he should be at his most productive. I'd sit right there, cooing in his ear, "Things will be better later!" But of course, I'm sort of like a Republican candidate for office, I'm an inveterate liar, and I have a completely evil agenda if I'm able to trick you into voting for me. Later never comes! Or when it's about to come, things go crazy: the dog pisses on the floor, one of the kids slips in it and breaks his leg, and we're off again! Someone screams, "You should've taken him out!" And someone else screams back, "I've been taking him out everyday for 25 years! How about some help?!" You get the idea.

So, very soon, he's sitting there, thinking about everything he could've been doing. But the drama's been crazy. The mood's spoiled. Then the wife's sitting there with the Syfy channel blaring away with another of those worthless movies about the world taken over by aliens. And Joe couldn't have an idea even if I was gone! And I'm not going anywhere. I'll drill a hole in his head and drain it completely before I let that happen. So there he sits, chest slumped, concave. Shoulders drooping. Head depressed, clouded. Legs aching, with a very small feeling throughout.

Was there anything he could've done? Yes, to tell the truth, he could've avoided me. Just a few things like keeping his discipline, making regular time for himself, reading, working on his spiritual life. He wouldn't have had to neglect anything needful, but give time to it, get it done, and move on. Because once you get tangled up, it's not long till you're mine.

We'll fast forward the DVD of Joe's life. It's a very happy ending, as far as I'm concerned. Joe has become nothing but a shell of himself. He's sitting in a chair, big cobwebs stretching from the ceiling and lamp to his head. The whole world has passed him by. He rouses himself once in a blue moon, twitches randomly, and goes back to sleep. As a mental block, it's not all that interesting for me. But it's a job, and life's so much easier if you find such a good host.
Posted by dbkundalini at 8:57 PM