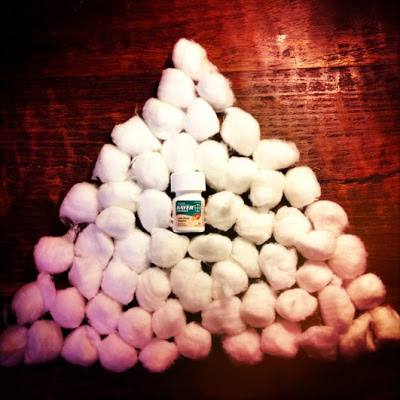 It's been 10 years, 10 long years, and I've been looking forward to sharing it with you, but I had to wait for the exact anniversary ... today!

I remember it like it was yesterday, even though it has been 10 long years, how my doctor told me I was a candidate for an immediate heart attack. He said something like this, "You get yourself on an aspirin regimen, sir, or you'll be dead in no time!" Words to that effect.

Of course I clutched my heart all the way to the store, where I made a scene about a lady having 12 items in the "10 Items or Less" line, because I was in such a terrific hurry. "You've got a dying man here!" I hissed, also picking up breath mints and a Twix.

Somehow, though, I survived long enough to get the first pill in me. Then, as it turned out, I did not die, thanks to this quick intervention, even though I had waited till the very nick of time. But I didn't know. I wouldn't take aspirin before because I heard every aspirin makes your stomach bleed a teaspoon of blood. Presumably, though, a baby one would only be a drop or two.

As days went on, then years, I more or less forgot about the death sentence, because the baby aspirin regimen was a complete success. Just think of the time speeding by -- as I said above, 10 years seemed like yesterday -- I got healthier and healthier in my heart, so much so that I'm easily able, say, just as an example, to shovel snow for probably 10 minutes straight without an ambulance on site.

Early on, sometime in the first couple years, I decided to keep the little wad of cotton from the aspirin bottles. The bottles themselves I threw away. Once when I had a couple of buttons fall off shirts, I thought I'd keep them in the bottles, but I didn't lose near enough buttons to make it pay. The cotton, though, I thought might come in handy for something. Like muttonchops at Halloween, a fake mustache if I needed a disguise, or to help the Scouts if they still did cotton drives.

I've been real faithful on taking the aspirin. I take one each night before going to bed. And honestly, I haven't overdosed even one time. A few times I haven't remembered taking one, then I try to remember and usually do.

There's been a little bit of friction in the whole process in this regard. Sometimes I feel a little guilty about taking them. The biggest thing, since they are baby aspirin, I'm hoping I haven't deprived any children of their ability to get the meds they need. Then there's lesser concerns, such as whether crafters might be deprived of cotton if there happened to be a shortage, and whether the slaves who pick the darned stuff are being treated right.

For the most part, though, in fact entirely, I've been able to put those concerns out of my mind and simply take the pills. The way I look at it, What's one piece of cotton every month or so? Especially when I was literally pronounced dead by my doctor. He had the coroner in the hall, the whole bit, but I got myself on the pill, and I haven't quit.

The mortician's going to have to pry the bottle out of my cold dead fingers. And if anyone wants my cotton collection, whether as a memento of my distinguished life or for some more practical reason, they'll have to get in line ... and they'll probably have to fight for it.
Posted by dbkundalini at 6:19 AM