Over And Back -- My Favorite Basketball Infraction 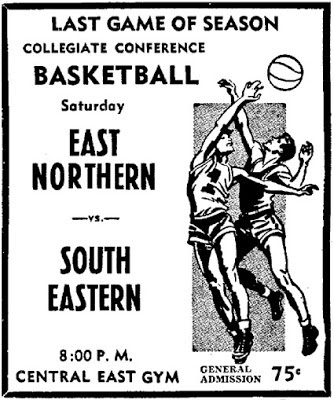 Like everyone else, I'm completely absorbed in the big basketball tournaments. I really appreciate sports on TV. It saves you all the headache of buying expensive tickets, fighting traffic, and wasting your time actually being there. I look at the people in the stands and wonder why they haven't discovered this.

Being here in the quiet of my home, I have a lot of time to reflect on the games. I put on my comfortable slippers, brew a hot cup of tea, and sit there relaxing. Then when my own teams come on, I scream, tear out my hair, and bite my nails to the quick. Truly the best of both worlds.

In my reflection, I pay attention to the rules. I don't know the rules 100%, even though I was briefly out for basketball in school. I was never a player on the team, but practiced with everyone else. But it's been a long time, and rules may have changed a bit.

One of the infractions I know is traveling. But I wonder why it's not OK to take a puny mini-step here and there but it is OK to run the distance from the key to the basket while driving. I keep trying to reconcile that one. I tell myself it must be legal, the refs know what they're doing.

Basketball is a rough sport, and you wouldn't think it would be. There's elbows flying, tripping over each other, and being whacked in the face. They've upped the penalties now with things like Flagrant 1 and Flagrant 2 fouls. The higher the number the worse the infraction. Depending on how much worse the injuries might go, they have plenty of numbers beyond 2 to use. Flagrant 10, intentional emasculation with malice.

My own personal favorite infraction is over and back. Not double-dribble or palming the ball. (Speaking of palming the ball, do they still have that? I don't see it.) I've just always liked the over and back. Once you've left the unfriendly confines of the opposing team's court, you can't go back. Does that make sense? Why would you want to be there in the first place? Where they could steal the ball and more easily score on you.

I like over and back so much, anytime a guy gets close to the line, I'm begging him to cross it. All it takes is a toe. And I get my way more times than you'd expect. But even so, in my opinion, there aren't enough over and backs.

I think the over and back rule is probably archaic, vestigial in basketball. Before they had a shot clock, let's say there wasn't an over and back rule, a team would have the entire court to hold the ball and stall. It was boring. Heck, it was bad enough as late as the '80s, before the shot clock, when they held the ball for 10 or 12 minutes in one court without taking a shot. It was a strategy, a very boring one.

Now, though, with the shot clock, there's no obvious reason why you'd want to linger in the back court. You have to make forward progress or you're finished.

Speaking of forward progress, this is where I get a little philosophical. I like the over and back infraction for that reason, too, because we're a forward-looking people. We don't believe in going over and back, and when you see someone get caught doing it, it cautions the rest of us, in life over and back isn't good.

Really, think about it. When immigrants came to the United States, they had to pull up roots. They spent their money and took the first ship for the New World. They couldn't go over and back. The ship went one direction. That's what the expression "You can't go home again" means; it's too damned far to swim!

And that's not all. We've  always had that western thrust. "Westward ho!" went the cry, as the caravans and wagons headed west. It literally wasn't till the early 1900s that anyone went east, partly because of avalanches in the passes and ambushers in the hills, but mostly because booze was cheap in the western saloons. But they also lived by principles. The old drunk parson gave them the Bible verse, "He who looks back, hic, is not worthy of me, hic."

Then there's the whole linear scheme of things, and that's tied in with our predominating fear of death. We advance, we don't recede. We know death is coming, then the judgment. So, no, over and back isn't for us.

It's different in other parts of the world. Have you ever watched a basketball game in India? They don't care about death, so it's totally different. About the only thing they do is over and back! They're centered in the court, then it's back and forth. No forward progress. Cyclical. They frequently have 0-0 overtimes, the tie only broken by a few token players brought in from the west, who in the end can't help themselves.
Posted by dbkundalini at 9:20 PM