The Man Of The House Movement 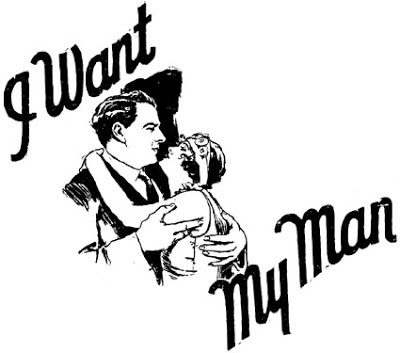 Lately I've been perceiving that there is something truly revolutionary (and wonderful) afoot in terms of the basic relationship between men and women. Call it men's intuition on my part, or something I dreamed about, or just an educated guess. Whatever it is, there can be very little doubt I'm right.

Of course I'm talking about the shift in the authority within the household, as evidenced by ... well, there's plenty of evidence, if you open your eyes and look. This shift -- which just a few short years ago would have been seemed incredible -- is taking us away from the woman's authority in the household (gynarchy?) toward a more traditional stance, with the authority of the man reestablished. We tried something else, it failed.

I've noticed it -- I feel I've noticed it -- to such an extent that I'm actually prepared to declare it officially a movement. A swelling tide like this isn't incidental, an all-out push, a thrust like this is more than happenstance. It's gathered a true head of steam at a fever pace, so much it can't be honestly denied. It's bigger than all of us. It's real. It's a movement.

The way I see it -- and this is palpable -- is it's so big I'm giving it a name. And it's such a juggernaut I'm giving it a big name. I'm calling it "The Man of the House Movement." How about that? Do you catch the distinction I'm making? Not a man in the house, i.e., something of a partner, something of an equal, someone to be pushed around. That would be substantially what we've had in recent years. This is man of the house, with the fullness of authority that that label connotes.

When you're the man of the house, you've got something, you're established. Like my grandparents. It was very clear, Grandpa was the man of the house. Grandma had her place, cooking, cleaning, making sure the grandkids had popsicles, etc. And Grandpa was the man of the house, in charge of the overall facilities, the well, the car, the grass, the weeds, where the outhouse was placed (it was periodically moved), etc. He wore the pants, literally, since weeds and lawn care, taking care of the well, moving the outhouse, etc., is something you'd hate to do in a dress. There wasn't all that much guff between them either; they worked as a team.

Something's happened in relationships, as I said, where it's swung back to the old ways. And not a moment too soon! It's easy to see why. You have that extra level of security -- these are very insecure times -- when you're working as a team, and where the man of the house is the man of the house. He's not out sowing his wild oats -- God forbid! -- or drinking beer in bars. To me, that'd be despicable. He's taking care of things, he's got it going on, in terms of responsibility and his ongoing care for the little woman.
Posted by dbkundalini at 10:05 AM