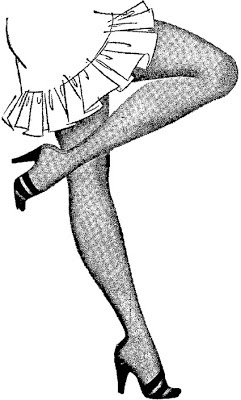 It only took a glance to see, She was a well-built wife, very fine!

Their situation was like this: Both Robert and Toni had decent jobs. They worked for the same company. They brought in a good income. You know the story...

In my opinion, what happened was, Robert probably had some issues from childhood on managing money. Maybe it was something his mom did wrong, or his dad. And then it carried over into adulthood, so much that he was destined to become a little over-controlling of their finances.

But not at first. At first, they did what most couples do, pooled their money; what's yours is mine and what's mine is yours. That makes good sense. You file jointly on your taxes, you live jointly as does any decent couple, which also made perfect sense in this case, for Robert and his well-built wife.

But then it got dicey, not all at once, but as these things tend to go, over time. Robert wasn't all that controlling at first, but it sneaked up on him, so to speak. He found himself a little more concerned about finances and meeting their bills, then there was the recession, then he was looking to save for a vacation, etc. In other words, outside events conspired with inner psychological wrangling, and all of it crept up on him, to the point that he was stifling his well-built wife.

As anyone could guess, she chafed against it as it got worse. "What happened to us? We used to be so happy," were probably things she said in their private moments, which, unfortunately, I wasn't privy to. But, Oh! to be a fly on the wall! I'm sure I would have gotten an earful, and since she was so well built, an eyeful.

But I had to hear it like everyone else, except to a certain extent I did have the inside track, since I was briefly friends with both of them. They talked it over with a trusted supervisor at their company, who also had a well-built wife, and he advised them to talk to a counselor.

In the end, it all turned out well, which isn't always the case when counselors get involved. Robert saw his complex for what it was, and as time went on, both he and Toni, still well built, were able to go back to the original (and more equable) arrangement they had when they first were married.
Posted by dbkundalini at 10:13 AM