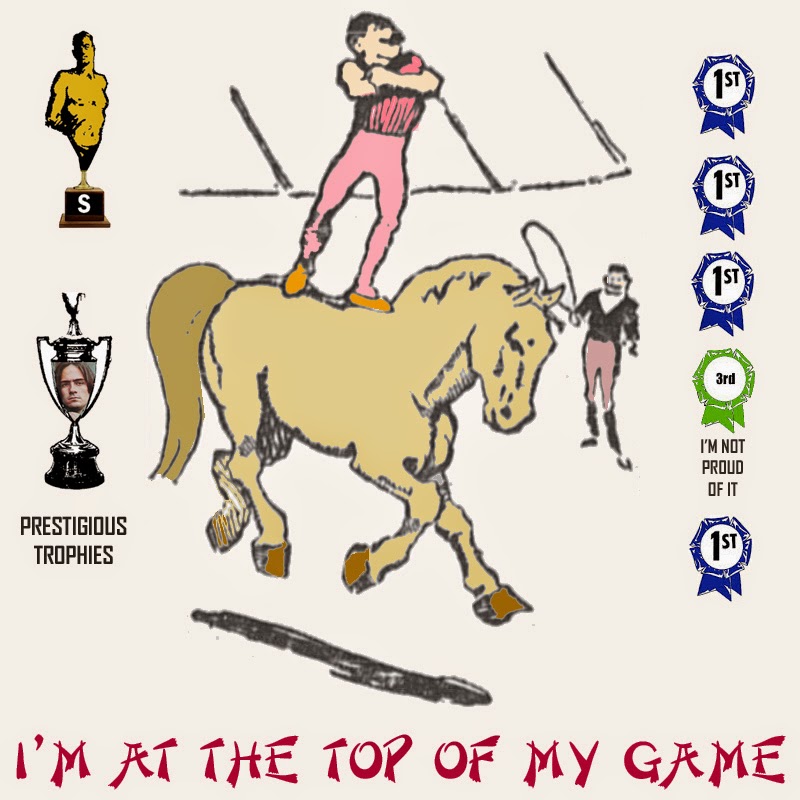 Having a successful blog as I do, of course I think of all the other blogs out there that languish, being more or less neglected by the whole world. That's how it was for me when I first started out. I'd be driving somewhere, on a lonely country road, come to a crossroads and have to stop for a passing tractor. Every time I'd think, "There's traffic at every damned crossroads on every damned country road, and I can't get one single idiot on the internet to visit my site."

But I kept plugging away, and following certain principles, and now, seriously, I get all kinds of traffic -- a lot of Ukrainian gambling sites constantly hit me. So now -- last time I checked the statistics -- my site, grandmaslump.com, is the 2,300,000th most valuable internet property, valued at $8.95. 2,300,000 sounds high, but consider, there's anywhere from 6-8 billion people in the world.

Anyway, enough padding this out, here's the tips for blogging success:

1. Keep your blog somewhat nebulous. Never completely define yourself. -- It's counter-intuitive, I know. Someone has a recipe site and it's clearly a recipe site, simple. But think, you're going to get the same people all the time, drawn to it because it's so easy, meaning they're likely airheads. My thought is to keep 'em guessing. You have recipes, then all of a sudden you run a story about the history of firetrucks. New people are visiting you now. My own blog has variety because it's simply what I happen to be thinking of at the time.

3. Maintain your integrity. -- Post what you want whether anyone likes it or not. You have your high standards, the public be damned. I follow this rule to a certain extent, with a few slips. As said before, I have one major, huge clientele to think of. So I never say anything bad about Ukrainians or gambling. It's not that they really read my posts, I guess, but they're continually hitting them for some reason. The honest to God truth is, I'm not as pro-Ukrainian as I let on, and I despise gambling.

4. Present yourself as possibly crazy. -- I think the benefits here are fairly self-explanatory. People love crazy people. It helps their self-esteem to say, "I'm gonna keep reading that blog, to remind myself how blessed I actually am. And, I'll even recommend it to all my friends, normal and crazy alike. The normal ones will feel better about themselves, and the crazy ones will get crazier ideas, keeping the rest of us in normal self-esteem heaven."

5. Respect your audience. -- This is one I could write about about forever. Because I think of my audience, what they like and don't like. In a way, I'd love to have more comments. I believe my last comment was a year or so ago, seriously. But in a way, I like it like that. Because I'm so naturally a people-pleaser that if they said they didn't like something, I'd be careful to tiptoe around them. Then I'd be getting comments that "You've lost your edge," or whatever. And they'd be offended.

I do read comments at some of the larger news blog-like operations, and, even though I respect the audience (wink wink), their audiences don't deserve respect. They're grasping at every opportunity to make smart ass comments, to find fault, and to bicker. Then you get trolls who say inflammatory things to get a rise out of the overly-earnest, and the whole thing goes to hell. For me, then, blogging success is a nice comment every couple of years, unsigned, and not expecting to be patted on the head for it.

One other point on respecting your audience, I sometimes have the secret thought that my true audience isn't even born yet. Let me explain. As one of the world's only "Super Brains," everything I write is so intellectually advanced that very few people raised under our current pathetic educational standards are able to keep up. And, yes, I'm even including eggheads with Ph.D. degrees in advanced subjects. They've had such a narrow focus, that's all they know; in short, they're idiots.  Then there's the vast majority of the people who are essentially into two things, video games and tattoos, and I might throw in the reading of graphic novels. They started out dumb, then dumbed themselves down even further. It's all tragic, because, as I understand it, mankind has such great potential. I offer myself as Exhibit A+.

But still out there somewhere, just over the horizon, just waiting for decent mothers and fathers, are future generations, who will rise above all the bullcrap of our current day. Those are the ones I hope will discover my blog, still online long after I've died, who will become my true audience, the ones who will be able to grasp most of the high-flown things I say and appreciate it. Then they'll comment -- intelligent comments, not the crap that passes for discourse these days -- and I won't be here to see their comments. Meaning, whatever I wrote, I wrote without interference. It's all pure for them to read, pass on, and make a better world for everyone.

That's the audience I respect, not the usual morons I get.

AWARDS -- I've gotten many awards for my blogs. If you'd like to read about them, check out this link. Of all my awards, I'm most proud of the Gorton Fisherman Award for Writing Excellence, in 2010. As I recall, I caught lightning in a bottle and lived to write about it.
Posted by dbkundalini at 8:28 PM