Next Time You'll Get 'Em! 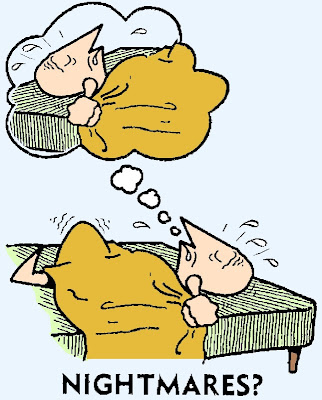 I hate it when anything goes wrong. You have the best of intentions -- you make New Year's resolutions, let's say -- then real life impinges, to the point that failure is imminent. If this were a science fiction movie, there'd be flashing lights and noises from the panel. "This is your captain. Please hold down all expressions of panic to a dull roar while I try to pull our asses out of the fire."

I'm actually doing OK with New Year's resolutions, because, frankly, I didn't make any. That's one benefit of getting old, you simply give up. Yes, I have lots of aspirations. I was raised to be a responsible person. I look out for my reputation. I have a strong instinct of self-preservation, so I fit in, follow all laws I know about, "Yes sir" all law enforcement officers, and keep my own counsel.

There's certain ambiguities, though, such as in the complicated world of taxes. The big trouble with numbers is they're too precise. You also have to be precise handling them, because you're swearing on the pain of perjury that they're accurate. And if you see a mistake -- which is something that happens easily, you have to investigate it from all angles. It nearly gives me a headache just thinking about it, with the cold sweats not far behind. So far, though, life has been manageable.

Even with innocent mistakes, though, chances are you'll survive. You read in the paper about some guy who's obviously guilty but gets off on a technicality, or a minimal sentence. I don't usually see that as good news. But the positive side of it for us normal people is we've never done anything that bad; any sins we'd do would be sins of omission, not commission. I'm old, I keep my nose clean.

We used to hear the expression from people trying to encourage someone, "Next time you'll get 'em!" It's been years since I've heard that. Seems like it used to crop up when a kid was giving his best at something like baseball, but he strikes out. They say, "Next time you'll get 'em," you'll do better next time. The kid takes it better with encouragement, even though he might be realistic and say, "No, I won't."

My opinion, any problem, the best course is to wriggle out of it as gracefully as possible. If it's impossible, accept responsibility, and do whatever you can to make it right. Of course we're not talking about terrorists. They do their terrible thing and die. We're never that bad!

You've made mistakes, I've made mistakes. So far, though, nothing's made the news. It's all quite containable and anonymous, just normal everyday flubs. In other words, we've got it together!
Posted by dbkundalini at 6:52 PM