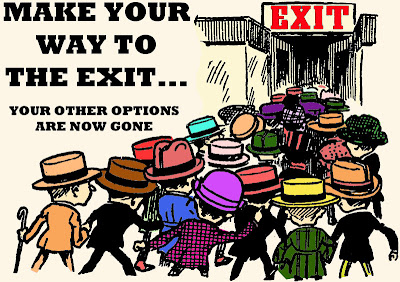 This has been a very tumultuous week for my blog, relating to the paywall. I had five subscription plans, two of which -- the Daily and Weekly --  have already been terminated. Look at it as growing pains or just the way things shake out. And I'm afraid that was just the beginning of the bloodletting. Because today, unfortunately, we are also saying goodbye to the Monthly and Yearly options. This was never the way I wanted it.

I'm sure I could've eventually made quite a bit. They say subscriptions to things on the internet are hot commodities. But I personally had issues with the whole thing anyway. As to the Daily, the bookwork would kill me. Same with the Weekly. That left the Monthly and Yearly, and the basic issue I had with those is the possibility of losing the income once I became dependent on it. That'd be devastating. And there's other issues.

To lose the Monthly and Yearly subscribers would be very bad, because I prefer real, genuine, actual commitment, and those subscription options do not give that. The thought of someone subscribing for a month, even though it would provide me a much-needed $2,800, rankles me. And the same for the Yearly. The money would obviously be great, and it'd be a great value for my readers, paradise on the cheap, especially when you consider the life-sustaining quality of my teachings.

But, again, it's the termination point that gets me. I can't be 100% sure every subscriber would re-up. And it's that terrible possibility of losing even one that leads me to end the Monthly and Yearly options. The idea that a subscriber would deny himself, for whatever reason, would make me feel like a party to a suicide. That would be devastating, even though I would not be legally responsible. There'd be no comfort in that dodge; I would still feel morally culpable. Still, I'm torn, because it'd be insanely great to have the money. Yet, how could I live with myself without the absolute certainty of commitment?

So, the only subscription option that I can continue to offer, in all good conscience, is the Lifetime plan, at $5 million (reduced by $5 for anyone lucky enough to get hold of one of my "hard luck" vouchers.) If someone pays $5 million, they're set for life. They're happy and I'm happy. 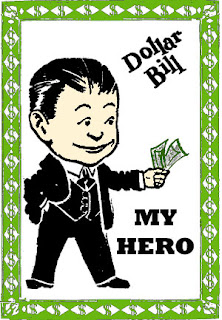 Now, a word about the bookkeeping, one sore point. I have clearly stated that I do not want to be involved in the minutiae and tediousness of bookwork. I'm not good at arithmetic, for one thing. But going beyond that, it takes time, precious time that I could be using to greater profit meditating, thinking, and writing, or even spending money on new things and new pastimes. For example, I'd love to audit a couple courses at the university, maybe even one on bookkeeping. And get an iPad, which I've slobbered over endlessly without ever taking the plunge. I believe, with enough millions of dollars at my disposal, I could find an accountant who would handle my books.

Lastly, I want to address one more thing. This is going to be a sit-down heart to heart. I'm tearing up. I have an unbelievable lump where my heart used to be. My heart is pounding ... and breaking ... as we talk. I want to address a thorny question that's come up. I have what I would call a "core readership," dear friends out there who not only read the blog but respond with lots of helpfulness as to ideas, etc. You know who you are. We have had a great time together, and I shall always treasure that.

For these dear ones -- a small group -- $5 million, even factoring in the hard luck voucher, is, they claim, cost prohibitory. What provision might be made for them? After all, they've been faithful, and I've already touched on my desire for complete commitment, not wanting to be responsible for suicides, etc. Rest assured, you are not forgotten.

The first, shorter, more pessimistic answer to you is that I haven't yet come up with anything definite. But you have my word on it that I will give it a lot of thought, a lot of thought. However, at this point, I believe that to allow you continued free access would be very unfair to those who pay. It could very well be that this is it, that we will have to part company, as much as that would essentially tear my heart out. To lose anyone goes against my soul, seriously. Just as my eye is on every sparrow, so my eye is on you. But sometimes life simply gives us bad choices through no fault of our own.

My earnest desire -- which just might work -- is that I get so many $5 million Lifetime subscriptions that some of those subscribers might loan their log-in information to the poorer readers among you. That way, say, they're out of town, traveling around the world, or whatever, you will have access at least at those times. It might not be perfect -- I'm not saying it's ideal -- but obviously it's much better than nothing. So you don't miss out entirely.
Posted by dbkundalini at 10:44 AM