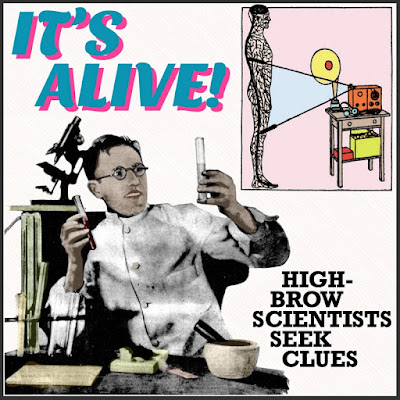 I feel kind of nostalgic (and even a little amused) when I see this high brow scientist discovering once and for all how lively life is. I had something of a head start on at least intuiting that, because from an early age I used to swim in stagnant ponds. And my Grandma was entirely right to be aghast at that and warn us against it (me, brothers, cousins). But we did it anyway. And whether it was by immunity built up from years of dirty living or some other scientific explanation -- bacteria failing to get a foothold because of our sheer cussedness -- I yet live to tell.

Another reason for my apparent survival -- I have another theory that on your deathbed you relive in apparent real time everything in your life -- could be, you name it, trying to purge my karma, to teach me the true meaning of Christmas, or get me laid not in claim but in fact. Well, my karma’s so huge that a million yogis couldn’t atone for it, I know Christmas is a scam, and I may not be afraid of living breathing pond scum but getting laid would expose me to herpes, gonorrhea, and the flu, depending on whether she had the shot.

I feel I definitely have to stay on the same course I’ve been on. A persistently romantic personality, a deep attraction to myself, and self-abuse up the yin-yang, or the imaginary semblance of the same, maybe just yin one day and yang the next. Someone says, “How they hangin'?” Same way as always, of course looser on a scorching hot day. Are you keeping up with me? Are you down with all this? To thyself be true, OK, I shall.

Then there’s the unpleasant aliveness of it all. Which isn’t just my own personal aversion, but clearly that of the scientist and all thinking people. Forget the chicken and the egg, we have the mystery right here in our hot little hand. That’s gross, yes, I know. But the fact is, we’re never alone. We’re surrounded by life, occupied by life, in addition to ourselves being alive. It’s like we're the host, a host to a trillion colonists, giving us every right to be completely freaked out as long as we live. Then, even then, somehow, a trillion bacteria get in your coffin and-- I can’t bring myself to describe what scientists know. There are millions of micro-organisms always with the person, and each one has to eat. Google it.

Lunch break, thanks for reading this far.

OK, I’m back. A dead pig sandwich and some lightly browning lettuce, and an ordinary glass of embalming fluid, so I’m good for a couple years. In conclusion, look to the science of it all. Self-abuse is vastly preferable because you’re not manufacturing other human beings that will have to one day die.
Posted by dbkundalini at 6:00 AM