Is It Strange For True Love To Be So Young? 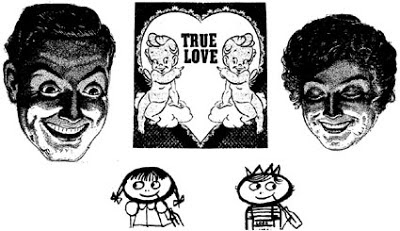 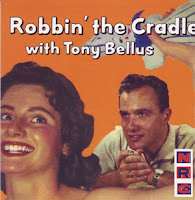 I've got an old record -- and of course you can find it on YouTube -- by Tony Bellus, called "Robbin' the Cradle." It always strikes me as fairly lascivious although it's an entertaining record with nice echo. But the main theme is, "They say I'm robbin' the cradle, little darling ... Is it strange for true love to be so young?" We might say, Well, Tony, it all depends, how young are you talkin'?

It used to be -- sometime between the ancient Greeks and the 1950s -- that the field of "love" was wide open. Then we developed a few more morals and really cracked down on these sorts of activities. That and dating first cousins. Although I used to have some distant cousins who got together and they never had any problems. Both were blind as well as three or four of their kids. But that was it.

The ancient Greeks, I'm not 100% sure what they were up to. But I am sure that's why you never see an ancient Greek living within 2,000 feet of a school. Whatever it was, their lovers hadn't graduated yet and gone on to college. But that was when the human race itself was young, and they were still feeling their way toward a modern standard of right and wrong. It's like that in most societies; you have to run through every option before you winnow them down to the right ones. Like slavery, we look at it today as a big duh.

Because today we know the difference between right and wrong. At Walmart you have to show ID if you look under 40. They overcompensate just to be on the safe side. The corollary when it comes to dating is, If she doesn't look 40, she might be 17. We know the difference between right and wrong! And woe to those who don't! Yes, I'm looking at you, the occasional bad apple teacher I read about at Huffington Post! It's not love, folks, it's sick. There's an interesting thought: You bring a juicy apple to the teacher, but what if the teacher himself (or herself) is a bad apple!

And with that, let me wish everyone a Happy Valentine's Day. May all your love be completely kosher.
Posted by dbkundalini at 9:00 PM