Our Feathered Friends: What A Mess! 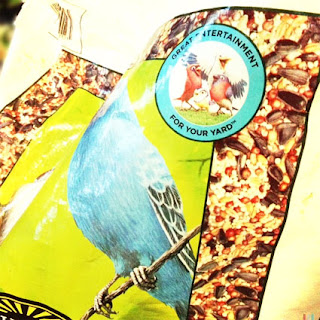 What a mess, indeed! I've got feathered friends stacked everywhere! I'm getting to the point where I'm chronically frantic, certainly feeling very flustered. But I must continue, I can't let them die! It'd be disease for sure.

It all started a couple weeks ago. I decided, you know, that if I enjoyed my feathered friends so much being in the yard -- they made me so happy I was actually applauding -- how much more would I enjoy them up close, in cages? Which is looking more and more like a huge mistake. I'm starting now to seriously regret my decision...

I looked at it from every angle, how it could be done. I tried to lure them into boxes with towels over them, but they were just too wary of me. Take it from me, our feathered friends, however friendly they may appear from a distance, are a very suspicious breed, very suspicious. It's like they thought I was a cat, some kind of danger to them.

Finally, a guy I know -- big into fertilizers, all kinds; he likes to blow things up, he's been on the news -- filled my head with notions. He had one particular fertilizer, he said, that when you mix it with feathered friend feed, temporarily stuns them. Then they come back to life when you put salt on their tails.

(In the absence of a better word to refer to them, I'm going to abbreviate Our Feathered Friends as OFF.)

Well, guess what, it worked! I mixed the fertilizer in with about 40 pounds of seed and scattered it all over the yard, the whole works! OFF came swooping in from everywhere, all directions, east, west, south, and yes, even a few were from up north -- I saw ice on their wings.

Immediately, OFF were dropping into the state of deepest lethargy, then lights out. I went through and culled the best 300-400 and tossed the rejects, with salt, behind the bushes. I think most of them eventually woke up. Then I thought, Oops, what do I do for cages? To make a long story short, another friend of mine, who works at Goodwill, kept back all the cages they had in the backroom, and now they're in my garage, along with the OFF. 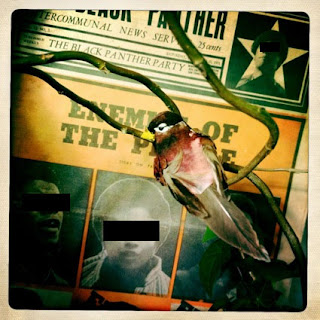 Now, I don't want to gross anyone out -- it's been bad enough that I've essentially lost my own appetite -- but OFF's hygiene habits are terrible. How they ever were able to take care of themselves in the wild has to be anyone's guess. Their water cups are filthy, the bottoms of the cages are disgusting, and the garage stinks massively. I had to dig through my junk drawer till I found an old surgical mask, from the time I visited a dying relative in the hospital who was contagious.

Even with the mask, I'm only in there as much as I have to be. It's sickening. They've basically given up on all their pretty songs. I'm getting the evil eye. All they think to do now is peck each other and raise a ruckus. It won't be long, probably, till they peck my eyes out, that's how unsavory their company is. To which I say, If I go completely sour on nature, it's their own fault! Giving someone house and home, room and board, and loving attention should not be a thankless task. I'm not asking much. A pleasant song and minimal cleanliness, too much?

However, it doesn't look like it's going to happen. I've cried myself to sleep three nights in a row, for me a new world's record. Meaning, I feel my only choice now is to get rid of the pesky varmints. But how? I guess I have no other option but to look for good homes for them. Or gunny sacks and a creek. As for me, I'm done. When these ones are gone, I'll simply leave the others alone. Next time I decide to mess with Mother Nature, please, someone, talk me out of it!
Posted by dbkundalini at 9:35 AM