The Last Book No One Wanted 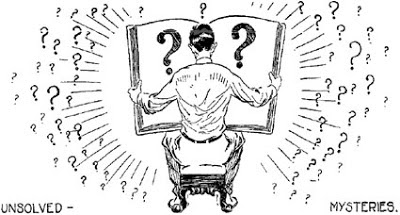 This is an ugly duckling story, of sorts, that I just thought of, however not involving true ugliness or even ducks. What ugliness even is, I wouldn't be able to answer. I know it when I see it, even though I realize, except for the sight of Republican politicians, there is really little objectively ugly.

But skipping ahead, it's a story about books. And how, as hard to believe as it is, every book in the library was checked out, with one lone exception, one lone book. Isn't that weird? Could it even happen? I find it hard to believe. And yet that's the story I'm telling.

It's weird to me based on vast experience. A book sale, let's say, is analogous to a library. I've been to many book sales, and the thought that every single book but one would be bought is ridiculous. They always have a ton of books remaining. At the very least, these titles remain: Teddy Bare, None Dare Call It Treason, Elbert Hubbard's Scrapbook, Jaws, and The South Beach Diet. When I think of books that remain, the little story of Vanna White's autobiography always comes to me. When they have as many left over as hers they have no choice but to grind them up and mercilessly recycle them.

Be that as it may, the story goes like this, and this could be based on a dream, I don't know:

The library looks completely normal. But I don't go there for a month. Then I finally return and find that only the last few books remain. Somehow, by some inscrutable process -- a town of voracious readers, let's say -- virtually everything's been checked out. The shelves are unburdened. It's like a drought. The librarians are sitting there, alternately happy and sad. Happy that people are reading, sad that virtually everything's going to come back at the same time.

When I arrive, I see the slim pickins and make like a bee to the flower to look at the remaining titles. There's a miscellaneous volume of a Japanese graphic novel, like Vol. 23, a couple of old mysteries, an oversize book on Mexican wrestlers (all wearing wild masks), Ozzy Osbourne's autobio, and Ross Douthat's Bad Religion. Then I'm off and come back in, and the only book remaining is Bad Religion. Even Vol. 23 is gone, which is weird, because, really, how many people have read the first 22 volumes?

It even makes the paper, that there's this one last book no one wants. And so it's like that. It's a complete drought, as I said before. The library is waxing and waning. It's like the walls are breathing, something like a sigh of relief while also emitting a sound of desperation, or something more like despair.

Now, no one wants to check out the last remaining book. Which is not a dig at Ross Douthat. I read about half of it, and even though I couldn't finish it, that doesn't mean there aren't plenty of people with a stronger constitution. I'm sensitive, I'll admit it. When other kids would be banging live carp against a concrete slab, even back then I was sympathetic to life, that it not suffer.

But this story has a happy ending. A kindly minister in the town, on the edge of retirement, with little to live for but Glory itself, and that coming soon, stops in and checks out the last embarrassed book. He did it with great mercy, for which he should be commended. The bookshelves were happy, especially the last bookshelf there, which was starting to get a complex, even though it was more an issue with the book than the shelf.

I saw it all happen, just as written. I went in and looked around. Not one book remained!
Posted by dbkundalini at 11:01 AM