The Everlasting Pride Of Residential Industrialism 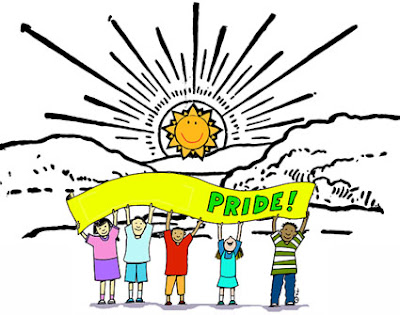 This is really something to be proud of. I'm so proud to be part of the incredible Residential Industrial Movement (RIM).

We've had something great going on since the beginning, but now, in these recent days, as we consolidate our gains and establish ourselves as part of the industrial mainstream, it's something everyone's recognizing and admiring. We've come a long way!

It's been very fun for me to see the progress and the way the RIM has come into its own. As the philosophical father of the whole thing, of course I'm busting with pride. Seeing the factories, the workers, the finished products on the line, the trucks pulling out, and supply trucks pulling in -- it's a beautiful thing.

As far as I can tell, it's always going to be this way, or better! The enemy's incursions -- the Major Industrial Powers (MIP) -- have subsided greatly, thanks to the ways we've shaken up their business model. I knew it! High production far outstripping demand would keep prices dirt cheap and leave the other guys scrambling. They treated me like crap, but now the shoe's on the other foot.

As we go on from victory to victory, making strides, making gains, from here on out, let us never forget the feeling we have right now. We've reached the top of the mountain, you know? We've not only seen the Promised Land, we've entered it, and, check it, you don't always get a twofer like that! And that's where we will stay!

Now, I know you don't need another "pep talk" from me. But please indulge a proud papa. Plus, you were the ones who gave me the impressive (though undeserved, I must aver) title of "Super Brain." Surely, you can allow me a little speech, if I promise to keep it short, and I do! We're family, whether we know each other or not. When I go to a town and see a RIM facility, a factory in someone's backyard, even if I've never been there before, I know I'm home!

Anyway, what I want to say is: The future is bright! We're not turning back now! And this is something you're a part of. And that's the way it should be. And you can be proud of that, because we've all done it together. It wasn't just one guy, not even me, who did it all. I built my factory, you built yours. We all did our own thing, and it's been good.

Keep it up, OK? If you're making disposable diapers, you're lucky. Because kids are always going to have to go, sooner or later. If you're making wheels for hospital beds, that's great. Because health care is cutting edge stuff. If you make vats, you're doing something remarkable. We always need a vat to put stuff that otherwise would just be spilled on the floor. Or if you're like me, specializing in tires and electricity, of course there's a market for tires. Cars, trucks, playground swings. The point is, we need you! Keep it up!

My pride for what the RIM has accomplished in just a few short months is great. My heart is overwhelmed. I'm emotional. It's never been better than this! But we're looking for even greater things ahead!