There's no more room for optimism in the Residential Industrial Movement (RIM). This is the new reality. A lot of us were hoping that Garrett Al (aka Geritol and the prophet Jor-el) didn't know what he was talking about when he foretold our doom. But now it's become exceedingly clear that, as he so prophetically declared on Sunday, we are toast, there is trouble afoot, and we're screwed.

I don't know what to make of it. Of course I'm sorry that everything we worked for is going down the tubes. But maybe we were just ahead of our time. I'll bury a copy of this blog's archives somewhere where the Huns won't be able to find it, and someday, who knows? Maybe the RIM will crawl forth from the ashes, and, just like that great mythological bird, ascend to the skies once again! If we do, may I suggest the first order of manufacturing business, that we make plenty of weaponry, including ships, planes, tanks, catapults, grenades, and napalm? The way it is, friends, we can't fight them with disposable diapers, vats, and wheels for hospital beds.

Yesterday, I was out doing reconnaissance in the area. Communications have been cut off for most of us. Of course the Huns have our phone numbers and accounts, so those have all been shut off. There's no electricity for our factories. Everything's at a standstill. Pigeons are afraid to fly. It's a complete blackout, except ... I saw a couple neighborhood kids still communicating with their walkie talkies, from whom I was able to learn that they've already canceled school tomorrow. So they were happy.

The reconnaissance I was able to do was strictly on foot, the roads being clogged with residential industrialists carrying their things, trying to find someplace to hide. Of course when people pull out, the looters move in. The disposable diaper factory up the street's already been cleaned out, they say by a well-organized gang of babies from out of town. I kept moving ...

The interstate is just south of our place, so I took the back way through the weeds, and was hiding out among the spruce trees in the ditch. I got there and made myself comfortable.

Then I watched in horror and with some fascination how all four lanes were jam-packed with all manner of military equipment on the move. Tanks, missiles, radar trucks, and supply vehicles were packed together tighter than a C ration. The biggest firepower I saw had to be several truckloads of nuclear and hydrogen bombs headed for the airport. Everything but the kitchen sink. Of course I came to the only conclusion I could, that someone in the Major Industrial Powers (MIP) was really calling in some favors, because I know the deadlier bombs are used only on special occasions.

I wasn't expecting this much scrutiny. I don't mind being the center of attention once in a while. But mostly I just want to do my own thing, have it be ultimately life-affirming, keep my reputation unsoiled, and try to live my life in a quiet and unassuming way. For a minute, I was able to put out of my mind the massive forces arrayed before me. I thought as I looked up at the clouds, They can't stop the clouds. Then with my imagination feeling a little freer, I looked for soothing images in the sky, but only saw big hammers, fists, mushrooms, and a pitchfork. I shuddered and looked down.

Across the way from my vantage point, the fields were full of weapons, tanks, trucks, etc., and soldiers. If you know the area, you know this is where the sewage plant is. Validating my overall contention that the whole operation stinks. Then there's another spot off to the east, a slope in some guy's field that I've always called Sugar Mountain, after Neil Young's song. It was packed with soldiers and their tents, laughing it up. As the day wore on, the laughter increased, making me think they were probably getting well lubed. I might rename the place Skidrow East! That would certainly be apropos, because no doubt the ladies from the town's Skidrow district would be out there when evening fell. Meaning, after all, Sugar Mountain will still be a fitting name.

I watched as long as I could stand it. The preparations are in place for what the MIP have in store for us, a real downer, of course. I went back to the house and gave it some thought: Those SOBs have so much firepower, such an advantage over us, if there's anything left standing tomorrow -- a beam, an unbroken window, anywhere in town -- we could claim a moral victory. But who am I kidding? There's going to be collateral damage, that's for sure. The surviving townspeople are going to hate our guts. The only thing that can make it worse is if FEMA shows up. 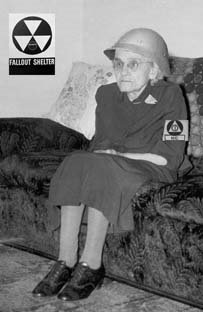 But, really, what did we do? We dared to encroach on the MIP's precious industrial turf. It seemed to me at the time that we had a right to do so, and that's still my contention. But by tomorrow at this time, that'll be heresy, a very unpopular stance to take...

I need to wrap this up. I hope my friends will be able to read this before they take it down. Or, possibly, I'll take it down, since it might endanger my life. Yes, at some level I'm proud of my blog. For a while there I really motivated a lot of people to live up to their industrial potential. But the fact that they might be dead tomorrow because of it puts something of a negative spin on my efforts. I want to get the blog printed off so I can bury it -- then I might delete the whole thing from the internet later today. But who knows what might be left in the Google cache? I hadn't thought of that.

Let me go on record this morning, never once did I call myself the philosophical father of the Residential Industrial Movement! I disavow all knowledge of it whatsoever. I don't read the papers! The factory in my backyard? I don't know where it came from. I just woke up one day and there it was. Where can I hide? Oh no, I'm so screwed...
Posted by dbkundalini at 4:34 AM