Everyone Living In Harmony 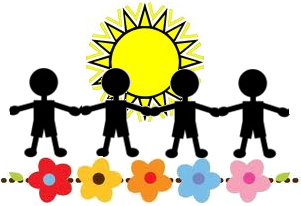 Today is a day for humanitarianism, celebrating the greatness and possibilities of all people, seeking that they might live together in perfect harmony. And barring that, that they would keep their killing instincts to a minimum.

I felt compelled to do something today, and I went downtown to do it, but then ended up not doing it. Still, it was a lovely gesture, I hope you'll agree. The intention was to do 'man on the street' interviews, then in the course of these to hug everyone.

The feeling still hasn't entirely faded as I write this at 7:35 p.m. I really wanted to do it, to reach out and to hug each one, every hunched over specimen, every free flower I saw. I looked around to see who I might see. I saw some stiff shirts coming my way -- a few with their top button buttoned -- and figured I'd have to avoid them. But everyone else...

Let me make this clear right up front. There was to be no sex involved, which would be a violation of the spirit of the thing. What I had in mind was simply humanitarianism, no strings attached, whether the recipients would've been at work or at play, young or old.

Before I went downtown, I got myself psyched for it by listening to a few pure tones, then reflecting on the vibration of everything. These were imaginary tones, since I can hear them clear as a bell just by sitting peacefully and listening. What I find in those moments is a mystical purity, which then I'm able to match up perfectly as an abiding presence in the spirits of people.

Another good thing to have done -- had I actually done anything -- would've been to hand out flowers. People would be suspicious, of course, since we're trained that way, to suspect the intentions of everyone we meet. And I'm the same way. If someone came up to me to give me a hug and a flower on the street, I'd be very leery. "What is this, some kind of pervert? Some kind of street theater? Some kind of hidden camera show? Something they're going to expect money for? Are they picking my pocket?" But of course since it was me, I knew my intentions were good and hoped that everyone else would know it too.

It's easy to be suspicious, again, because we're trained for it. We know there's a ton of criminals out there just aching to take what is ours. I go around town all the time patting my pocket where I keep my wallet and checkbook. Because any dishonest cretin could sidle up to you and take them. Maybe a little diversion, a distraction, a fast talking hustler meeting you from one direction while another guy comes up and -- oops -- bumps you, and there goes your valuables.

It's all very depressing, what we think of each other. Especially when I have that aching, that yearning to hug everyone and be a humanitarian in practice as well as in theory. I see people walking by and I want to show them the full respect due their nature. And that's huge! We're beholding Universal Consciousness in action, and that's something I cherish. Listen for the pure tone, then read that truth again, it's Universal Consciousness! In all of us. (Although I would exclude a few from my ministrations, including Charles Manson, Sirhan Sirhan, the asshole who killed John Lennon, and all Republican politicians.)

But the others! Good God, how terrific it'd be to hold them in my arms, like a mother or father, and appreciate them. To give them that respite on the street and let them know that someone cherishes them for themselves and for their nature. I'd seek out folks on narrow streets, crooked streets, wide boulevards, those who are peeing in alleys (after waiting for them to finish), people crossing on the green, on the red, and the quick ones on the yellow, people with strong auras, people with weak ones, and even those who are blank and expressionless, the living dead. Even those who button their top button and walk like they might shatter, if I could get up the courage.

If you see me standing there -- in the process of wanting to do this -- please give me a wave. You might be the first one I hug.
Posted by dbkundalini at 7:54 PM