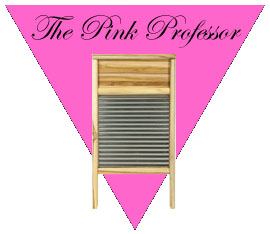 In this angelic realm of Heaven, there's some things going on that would really raise eyebrows were they being done on Earth. There's apparently nothing much there to hold people down. If they want to jump on your bones, they do, and there's not much you could do about it even if you wanted, because they do it en masse, with anywhere from 50 to 10,000 angelic beings piling on at a time.

I was going from one palace to another, after a break in the action following the Pink Professor's massive diurnal emissions (reported yesterday); he was in a bliss that was impenetrable, so I wandered the palaces looking for things that were penetrable. There's so much action in this realm it'd make Hugh Hefner blush. Actually a lot more than a faithful guy like me wants to deal with, since I have my monogamous eyes set on only one paramour, the Pink Professor himself. But I'm making allowances, trying not to make him jealous and trying my best not to get jealous. I'm thinking, What happens in Heaven stays in Heaven.

The beautiful thing about the angelic beings up here is they're all at least a million years old, but they look and act like they're something between 18 and 35. Their personal 'Over the Hill' party was hundreds of thousands of years ago, but you'd never know it. I'm just hoping one doesn't suddenly decay in my arms. There I am, huffing and puffing, and look down to a bag of bones and dust, but so far, so good.

I gave the Pink Professor a little time to catch up on his vitality, then headed back over, where everything was again hopping very lively. The angels saw me coming and came over to float me in on an inflatable cloud, saving me something like 50 steps. Only the best! I nodded over at the Pink Professor, still looking like a refugee from dreamland, wet dreamland. Stacked around the edges of the circular room were some of the things he passed yesterday, especially massive quantities of taffy. Glenn Miller's trombone was missing already. They have crime even here! I could kick myself but my leg would go right through my butt, and I'm sure I'm writing for folks who have some appreciation of how painful that can be, especially if you catch it at a bad angle.

I took my throne facing the Pink Professor's throne, with about 25 feet separating us. The youthful male and female bevies of beauties were there. Today's blessed activities centered on laving the Pink Professor, which is another way of saying bathing him. All the preparations, some of which took the better part of two hours, were meticulous, the arranging of the various elements being very important. Lotions, creams, bath salts, soap, cloths, etc., were carefully brought in and set in place.

I turned to one of the guides, who explained to me that the bevies had come from the farthest places in the realm, and that these events had been prophesied for thousands of years. There were some remarkable things I was able to learn. One was these angels aren't just always here, but most of them had to do things to raise money for the trip, including hundreds of bake sales, car washes, and selling magazines. So it was a very big deal. Of course they wanted to do it right. I checked my watch and I'm sure my look of impatience was unwelcome.

Then it was time. A voice that sounded like the notes of a symphony directed the bevies -- now comprised of thousands of angels -- to step forth and bathe the blessed man with sweet water and their tender tears. The lights of the palace were dimmed, but not so much that I couldn't make out the approach of nudity and his eventual unveiling. I always have an eye out for that.

The scene is indescribable but I will try to give it a try. The beauties -- male and female -- were using their hair and hands and really getting into the whole bathing process. The Pink Professor was hard to spot in such a massive scene, but he was obviously right there at the center, at the heart of the action. The fragrance of the various soaps, powders, creams, and other unguents was so overpowering, it reminded me of this one woman's perfume who goes to my church. But whereas hers is simply nauseating, this was sweet to the senses, although I knew it'd be hard afterward to bring my senses back to their senses.

The whole thing went on like that, hour after hour, with more nude bodies appearing, angels floating around the edges looking for a gap big enough to get a foothold, since no one wanted to go through that many bake sales, car washes, and magazine sales without making it worthwhile. I knew today my man belonged to them, and that was OK. If you have to compete with anyone for a guy's affections, it may as well be in Heaven, since that's a huge compliment. I can beat anyone on earth!

I seemed to be witnessing an eternal scene. I wasn't expecting any break. But there was indeed a very serious break. A crash of lightning scattered the heavenly beings far and wide, most nude and now shivering in fear against the wall. An old man, looking every year of his horrendous age, entered the palace, the pavilion. He had a beard the size of a fairly big trash can. And big eyebrows like Yosemite Sam. This guy was so grizzled he wouldn't have been able to get a date even in a place as easy as Heaven. But his ability to strike fear in everyone's hearts appeared unmatched.

The Pink Professor sat in the beautiful tub, now shivering, and thinking maybe he should cover his shame. But the old man -- representing perhaps some ancient moral sense that we thought we'd said good riddance to once and for all -- threw up his hands and forbade any modesty at this point.

The next thing he did, I shall never forget, although I shall also never be able to reconcile it with my sense of mercy, justice, and love. He pulled out a washboard from under his beard and went to the tub, reached in and began a very painful scrubbing of the Pink Professor's sex, mercilessly raking the erstwhile masterful member up and down the washboard's metal ribs. The Pink Professor let out a shriek they had to hear in Hell.
Posted by dbkundalini at 4:29 PM