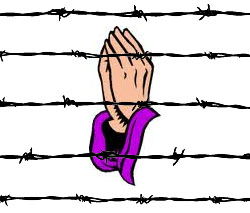 Note: This didn't really happen. It is a fictional account of an event that did not occur. It was just a thought that came to me.

I thought the library was supposed to be a place of enlightenment, of personal freedom, of the ability to learn and grow and express yourself in your own individual way. But I guess not, I must have been mistaken. Another dream shot down, another ideal disappointed...

Where they got this particular officious librarian -- or helper at the library -- I don't know. The usual library types are meek and mild, not so driven to oppress people. At least I've never heard of it. I've been watching librarians all my life, keeping track of the kinds of personalities the profession attracts. I saw someone filling out a job application at the library one day, and I was thinking, If I was the guy in charge of hiring, I wouldn't need an application, I could spot my potential employees a mile away. Line them up, I can pick out the helpful mice. And I say that with a great deal of affection, because these are my own people.

That is, most of them are! But they got this one guy, like I said, very officious, domineering, apparently thinking the library is his own to do with as he sees fit. He said something about it being a matter of church and state, the wall of separation and all that. He wouldn't allow anyone to cross that divide, the line or wall of separation that is so all important to him.

Whether he was on the lookout for me, or just happened upon me and couldn't help himself, I'd like to think it was the former. My doctor said I have a persecution complex and every once in a while it needs sustenance. I don't know if all that's true. The way I see it, I'm just always thinking, This person could be out to get me, what if he is, how will I respond? I could simply take it, and hope the payoffs of a good martyr complex would come true. But the downside is sometimes you have to suffer in silence for a good several years. And I've led a more or less anonymous life, no one's written any folk songs about me yet. Why they would start now? They probably wouldn't.

Anyway, I was sitting in the public library. The public library. And, yes, I admit it, I had my Bible open, and for a brief period my eyes were closed. I was doing some serious meditation on the nature of the psychic centers and the more overtly spiritual teachings in the Bible of Christ, I admit all that. To me, that's a good thing, and I'm quite willing to testify to it anywhere, that there's a definite good spiritual track and I believe I have the inside track on it. I thought I was well within my rights as a member of a "free" society to do what I wanted in relation to these things, but apparently not.

This was a serious infringement of my rights, that's what I'm contending. The little pud came up to me and asked me to close "that book" and put it away, and said if I couldn't keep my eyes open that he'd have to ask me to leave. He also said he'd be watching me closely to judge compliance, then wished me a good rest of the day. I was literally in shock, and, it's hard to believe but I did immediately comply, putting my Bible in my book bag, then I sat there thinking it over.

"Have a nice day?" Is that what the little pud said to me, after having basically cleaned and gutted me? I sat silently for a little while, looking around to see if anyone else noticed. But no, the guy was quiet enough in scolding me, no one else was aware of what was going on. I was starting to steam a little, starting to smoke and seethe around the edges; I felt my skin moistening, my temperature rising, my sense of rage accelerating, definitely ramping up. I was like a 5 o'clock whistle. Definitely I was in the mood to rebel, because I believe I know my rights.

Well, sure enough, no sooner had I gotten my Bible back out of my book bag and closed my eyes again, here came the little pud around the corner. He must've been watching me from the stacks, knowing I would eventually try to have my own way. Which is true, showing he's not a complete idiot, just an idiot in regards to religious freedom. So there he was again, in my face, spouting off about the separation issues, etc., and saying he was asking me to leave the library and not come back if I had it in mind that I would cross this line again, blah blah blah.

By now I was so hot under the collar that I could've decked him, and he's lucky I didn't. For the most part, I let my words do the talking, arguing, "But you have a public Bible here, so it's a contradiction to say I can't look at my own." And it's true, they do have a Bible, although the rules seem to be unnecessarily strict for accessing it. They have it chained to a stand and devotees have to stand in line even to look at it from a distance. Right to the little pud's face, I averred, "Such things ought not be!" And once I get going there's no stopping me. I said all should be allowed to worship freely, having access to God without being impeded in any way. And of course that is my true opinion. I see no sense at all in religious persecution.

But the little pud couldn't be placated. He was all over me. Because in addition to the Bible and having my eyes closed, I was also listening to an iPod, and, yes, I was rocking a little bit in the chair. To me, you know, you have music right there in your ears, you respond to it, almost like dancing, although in this case it was a more spiritual rocking back and forth. "What's that you're playing on your iPod, some kind of mantra or hymn?" And so on. The little pud wasn't going to let it go. He was strictly in his own little world. So that was it. I packed up my stuff and started for the front door.

Needless to say, I went to the front desk and registered a complaint. But the head librarian was either on vacation, off at a basketball game, at a convention, or on sick leave. She wasn't anywhere to be found. So I'll have to wait for whatever proceedings they have, either to punish the little pud or formally cancel my privileges there.

There was one library helper near the door who asked me what was going on and seemed sympathetic. I tried to explain about the guy being the thought police, etc., and she told me that it's his job to make sure people keep their eyes open or they'll think you're a homeless guy trying to sleep. Which didn't explain the clearly religious prohibitions he had in mind. But I'll leave it there.

Note: I said it at the top, but it bears repeating. None of this really happened. It's just a bitter fantasy I had while reading the Bible, praying, meditating, and listening to a mantra or hymn on my iPod at the library. I said it was a bitter fantasy, since I wouldn't really like it to happen, but there was a certain amount of genuine pleasure to it as well. A library helper walked behind me -- that's all -- so he's the subject of this reverie. Goodbye for now, and remember, don't let anyone trample on your religious rights.
Posted by dbkundalini at 3:20 PM