How To Be A Local Character 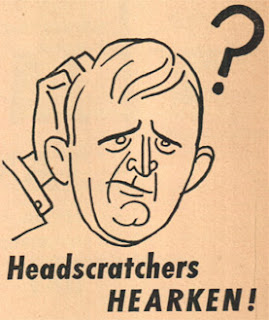 I've been a collector of local characters, like forever. Of course I don't bring them home; they're not butterflies to pin to the curtain. I only make note of them and observe them as much as is polite. And since they never seem to notice observation, you could stare all day and still be polite.

They're always out and about, the basic thing of the local character being the need for a public. You could stay home and be a local character -- depending on your mentality -- but you'd soon find there's little point in it. Let's say you're a wild guy waving all the time. It might be fun to prance around in the mirror waving for a while, but it'd have to wear off.

I think I could be a local character, except my mentality, alas, is still way too far on this side of the line. Try as I might, my normal brain power will not release its damned grip. So I'm doomed, it seems, only to watch from the sidelines and never know their full joy.

In researching the subject, I found an obscure book downtown, "How To Be A Local Character." It makes interesting reading. And makes me wonder, maybe these guys aren't all mental, just acting out the advice of the how-to author. ["How To Be A Local Character," Corky McDermott, Vantage Press, 1977.] But surely they haven't all had access to this book. So the only other possible alternative is they're mental. Or just doing it on their own initiative. There could be something to that. Instead of being mental in the negative sense, maybe they're mental positively, "with powers and abilities far beyond those of mortal men" (The Adventures of Superman.)

I remember a couple of the local characters downtown on the square from when I was a kid. One guy was called Paulie, and I'm not going to make any jokes about him, because I'm merciful. I'll just say his coordination was totally gone, and that's not meant as a joke. Then there was Hoyt, the guy who always stood on the edge of town, not putting his thumb up, but waiting till someone gave him a ride back to his own town. Talking to Hoyt, as I did many times, was an experience. There were actual words in what he said, but most of it sounded like bluster and babble. He was friendly, and I even saw his apartment once when I took him home, with waterlogged ceiling tiles hanging everywhere. Very memorable.

Anyway, our author, McDermott, sketches it out much like I would were I to write it. Which is to do a brief survey of local characters, then sketch what it takes to be one. I'll list just four of his points:

1) Something to make you stand out -- What you do as a local guy has to be unusual enough that people notice. I saw one local guy whose thing was to walk around in a white sheet, nothing underneath. He'd often lay on the sidewalk. And I still have retina burn from seeing his entire business while crossing the road one evening. His legs were up under the sheet in full childbirth pose. But the problem with indecent exposure is the police get involved, as they did that night. Interestingly, McDermott doesn't mention this as a possibility.

2) Something you'll be bold enough to do -- McDermott's book presupposes that you're doing these things by choice, not from a mental problem. This is a point I'd have a hard time with. I'm not really that bold. I can think of plenty of oddball things a guy could do -- carrying a toilet seat everywhere would be a fantastic one -- but where to get the boldness, I just couldn't. You have to find your boldness (or comfort) level. Maybe start with the flush handle and work your way up.

3) Something constant -- I see this as an important point. You might carry a big ugly doll one time and think it was funny, but you have to do it all the time. You need to settle on it. That's it. You can't be carrying a dead guinea pig tomorrow. It's got to be the doll. We have a guy downtown who's always got a doll with him. And he definitely turns heads and keeps us wondering. But so far I've never seen anyone ask him what he's doing it for. As for me, with my mental state being what it is, I would want more variety than that, and that'd be my downfall. They'd all know I was faking.

4) Something no one else is doing -- You need to study your environment. See what's going on and what's missing. Cross off your list what you see already being done. If there's already a guy who looks like a freak from R. Crumb comics waving at everyone, there's no room for two! You're going to have to do something different. I think it'd be cool to have a megaphone and walk around shouting things. I've never seen anyone do that, even though I've definitely seen local characters walking around shouting. Why they never thought of the megaphone, it could just be they don't know where to get one. Where do they sell megaphones?
Posted by dbkundalini at 3:21 PM