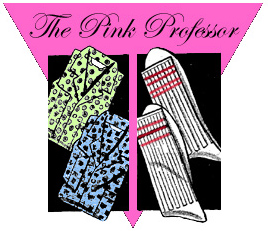 Well, it's officially Christmas Eve, and my guy is still officially away for the holidays. His dear mother lives out of state, there's siblings, etc., so he's with them for an old-fashioned family Christmas. And that's great.

It's been OK, really. I'm not one to begrudge. That'd be selfish. Except it feels like every other Christmas song is "(Christmas) Baby Please Come Home" or the similarly titled "Please Come Home For Christmas." Two great, great songs, just so you haven't got a significant other actually gone!

But that's the way it is and has to be sometimes -- it can't be helped. Modern physics, as advanced as it supposedly is, still doesn't allow us to be in two places at once, unless you're a quark. And having one leg in Iowa and one in Missouri doesn't count. If you go by that, there's a place where you can stand in four states at once, just so you don't move off the spot. But that's for another day, like if I'm spotlighting science and the accidents of geography...

The bright spot for me is I'm staying over at his apartment, keeping the plants watered, the cat fed, etc. And making the best of it, just padding around in some of his old slippers and one of biggest extra size shirts I could find in the closet. Quiet alone time. I just came back from making a cup of tea and I've got a candy cane in it for stirring and flavor. So I'm doing what I can to make it a happy morning. If you're reading this, I'm actually happy, like always. Tigger misses you. The Roadhouse called and they're quiet.

That's where he works -- in the Pink Professor role. He's an actual professor but he's at the Roadhouse a few nights a week, depending on what's going on. He helps soften the place -- my word -- from its coarseness, so it's halfway liveable for the average person. A bar has to deal with the folks they've got. If they're always wanting to fight and brawl, it's good to have someone to lead them away from that. And he does it in a great way, even helping them learn alternative behaviors. There's some deep friendships out there now that would've been the worst enemies, or dead.

So that's work, but right here's where his personal life happens. I said I was padding around in his slippers and the big shirt. I was going through some of his shirts and things, reorganizing some stuff, and enjoyed a few hints of his presence. Good deodorant. Other than that, there's tea and cocoa, some of his favorite flavors, bringing Christmas cheer to the place. I looked out, it's not snowing. Maybe it won't, and he'll get home faster.

I could use some laughs, like we do when his stomach gurgles, or mine. It's time to feed the lion! The funny question we always ask is, "Did someone build a zoo around here? Hope he doesn't get loose!"

Merry Christmas, Baby! If I said there was a rumble to break up, would you believe me? I didn't think so!
Posted by dbkundalini at 7:04 AM