From the Unexplained Files 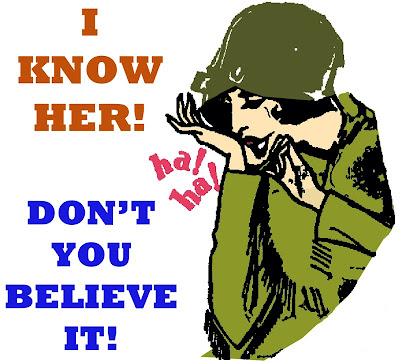 Clara would've never done Ed like that. I suppose everyone knows in their heart of hearts that's true. And yet, you know how stories are ... they're "good" and they get around.

I don't remember who said it: Bad news travels 'round the world in a flash, but good news drops to the ground, or something. So true, certainly in a case like this. That's exactly what happened -- the truth was lost along the way -- and it wasn't right.

So now we have all the terrible wreckage, the debris of a broken relationship. And for what? I'm not going to say everything I think about it, because hearts have already been broken, lives are already damaged beyond repair. Apparently. But we have someone somewhere getting their little jollies. Reveling in it. Disgusting.

All of us know Ed. He's a proud man, but he can be stubborn. I'm not saying anything he wouldn't say about himself, at least when he's more with it. And it's only worse when everyone's feelings are raw, when the hurt is red hot. Most people are that way, at least to a degree, but for Ed multiply everything by 10.

Then there's Clara. Dear Clara, who wouldn't hurt a fly, as far as I'm concerned, let alone do something like that. I know I heard it going around and I immediately said, "No!" ... "Good grief," I said, "if you'd believe some crazy thing like that, there's nothing you wouldn't believe!"

And to that add in the fact that the kids are beside themselves with worry. Their family's shattered, there's no two ways about it. Yes, I know they're grown up, but they were tight, they still had it together. And I'm hoping they get it back, but if they do, it's not going to be easy.

How much simpler everything was -- the past is always like that. But it looks like we always have these things looming just ahead. Thankfully, we don't know about them. And yet, I'll check that, if we knew they were coming, perhaps we could head them off. It'd be worth a shot, see which way worked out best, to know or not to know. Certainly, it seems if I knew both paths, I believe I could make my decisions accordingly.

Now, however, it's all water under the bridge, done, finished. No warning, no nothing, just BAM, it all blows up in their face, just like that.

I'm going to say it just one last time: I will never believe it! Put the so-called proof in front of me, I won't believe it. I've known Clara most of my life. It's crazy, it's sickening. She would've never done Ed that way -- NEVER -- final word.
Posted by dbkundalini at 11:58 AM