Does That Make Sense? 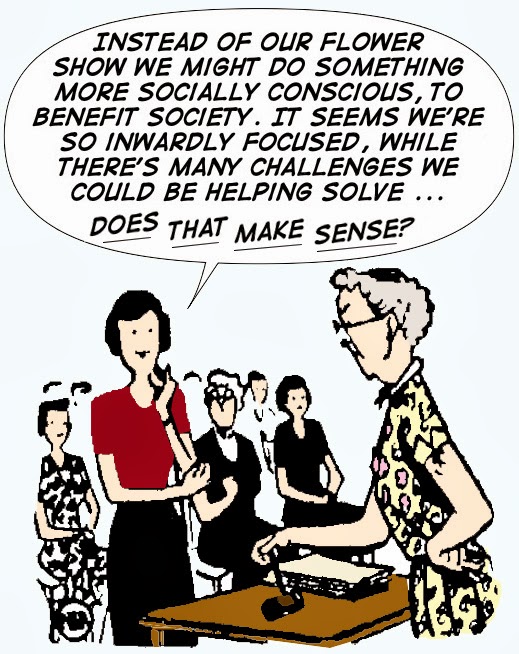 Of course it isn't new to me. I've heard it a number of times in the last few years, but those times it was in one ear and out the other. I didn't toy with it. And that's the key thing to getting addicted, for me, picking up something and toying with it. Like a new, fascinating toy. I allowed it to get the best of me, as it turned out simply through foolishly toying with it. Does that make sense?

It happened at a conference I attended, "Public Affairs." I was hoping for some cool gossip on people caught in affairs, but it turned out to be a dry as dust give-and-take on public policy, "The Role of Women in Society -- Keep Them on a Short Leash or Let Them Go?" A senator was there briefly, long enough to swoop in and make some pronouncements on the ignorance of women (I'm in a Republican district), then it was up to us to break into groups and come up with our findings. By and large, the Democrats, including me, insisted that we loved, respected, and valued women. While the Republicans thought we needed more restrictions on them, GPS tracking devices around their legs, etc.

Then there was this one bastard, who didn't know what he thought, pro or con. He was the lone voice trying to hew a middle path. He went into a big old convoluted speech, all off the cuff, where he went this direction, then that. Hard to follow. On the one hand, he respected women; his mother was a woman. On the other, he pointed out we've never had a woman president and none of the five star generals of the World War II era was a woman. Then he was back to being pro woman, then anti, finally ending with the reiterated fact that his mom was a woman, and most of his aunts. At the end of it, in a higher pitched voice, he asked, "Does that make sense?"

Here's what happened next. It was 10 minutes till the lunch break, at which point I dashed out the back door, never to return. Then I ran into a woman I know, very smart as most of them are, with no crackers on her breath, and I was telling her the whole thing, focusing in on the phrase "Does that make sense?" I started saying it in jest -- toying with it -- but ended up saying it the rest of the day, and I'm still saying it two weeks later! Beware what you ridicule, there might be some gene in you -- operating sort of like the phenomenon of projection -- that means you're drawn to it! Meaning you need that very crutch! Does that make sense?

And another thing. The phrase always does involve a step up in pitch, and delineates a clear end of a train of thought, so that might be why it's so addictive. We crave not just variety but finality. The higher pitch is like singing (1), and (2) it's a natural end to one subject, giving time to think what's next. With one other key quality, keeping others on your side. Because if they're not, they could always answer with a resounding "No!" The fact that they don't, while not being conclusive as to their agreement, gives you some assurance (perhaps false), that you might be right. Does that make sense?

Yes, of course I know it's annoying. But you can't tell me you don't do one single annoying thing yourself. At least I know what I'm doing, especially if I see someone rolling their eyes. I'm intuitive like that. They can tell me to stop if they want. They just haven't yet.
Posted by dbkundalini at 2:31 PM