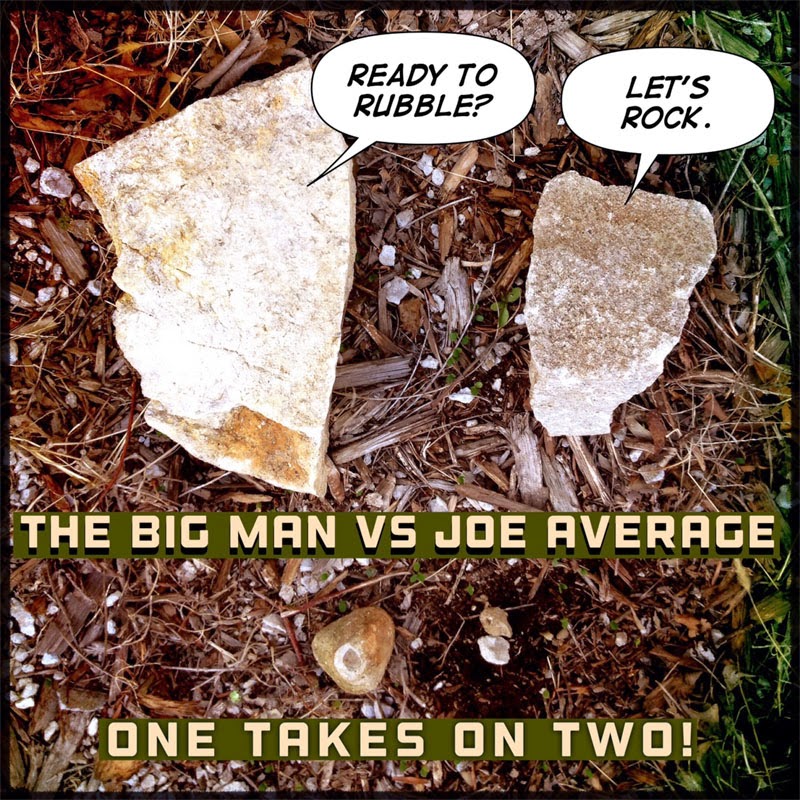 I'm in the rock business! I've been selling them on eBay for a few weeks, as a scientific item, so people can prove the theory of gravity for themselves. And I would count it a privilege to have you as a customer.

I saw it on Neil deGrasse Tyson's program how Aristotle -- back in the day -- thought that a larger rock and a smaller rock would fall to the ground at different speeds. It reminds me of my own crazy theories as a kid, and only recently given up, that trees are responsible for the wind, and that steering faster makes the car go faster. Back then it never occurred to me to sell trees and steering wheels, so people had to take it by faith.

Anyway, back when Aristotle said something, that settled it. So no one tried to prove him wrong for around 1,000 years. Until one guy -- Galileo -- dropped some rocks from the Tower of Pisa and saw that they fell at the same speed. The problem turned out to be something simple: There was no one around to sell them gravity-proving rocks, so they didn't know what to do. Making Galileo, I guess, the guy to discover gravity-proving rocks. I claim him, anyway, as my forebear.

And so, now today, I'm making gravity-proving rocks available to the general public. You've heard of Civil War reenacting? And Nazi reenacting? This is Galileo reenacting, much like we've all done chemistry reenacting with our own little chemistry sets. So look for "Ye Olde Gravity-Proving Rock Shoppe," and, thanks to the postman willing to do the backbreaking work of carrying them, you will have these very valuable rocks soon in the convenience of your own home!

The basic package is this: One larger rock and one smaller. These are good sized rocks, with the heft you know they need to fall reliably. Then as a bonus, I include a smaller rock and two rocks smaller yet. Lest you think two rocks competing with one rock might make a difference. Which stands to reason, by the principle of ganging up. You might be surprised!

Of course any enterprise like this, with all of science at stake, has to have good equipment. That's why I personally handpick my rocks, with great care. Once handpicked, I eyeball them to make sure that, to all appearances, one is larger than the other. Once chosen, I clunk them. And if they're not hollow -- none has been so far -- they pass the test, they're good to go. Plus, I can affirm, without equivocation, that each rock is thoroughly gravity-tested, having been subject to gravity for decades and even centuries.

I'm like the guys who sell telescopes and test tubes, all good for up and coming scientists. Both they and I are not in it just for the money, but for the thrill of discovery. I personally think about little kids out there, any one of which might be the next Aristotle, and I want them to be dispelled of their errors early on. Why waste a thousand years? Maybe they'll need Dad to help them get their rocks to the top of the water tower -- one's heavier than the other -- but once propelled toward the ground, Junior Aristotle will be able to gauge quickly, both landed safely.
Posted by dbkundalini at 8:29 AM