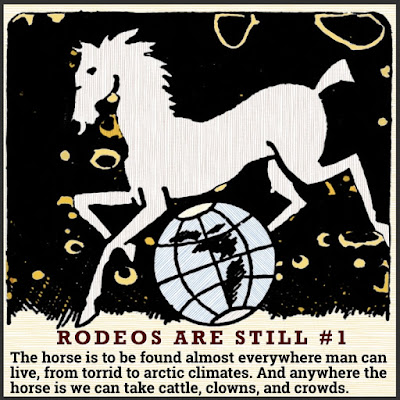 All the worry we have with “Who’s Number 1?” and “Our team’s better than others!” is the Number 1 thing I hate. But you hear it everyday, so obviously people are totally into it. It’s really a case where one of two things has to be true: 1) Their pride’s run amok and needs to be channeled into an actual personal accomplishment, maybe basket weaving; 2) They don’t have any pride worthy of the name, making them cast about for something, anything to give themselves worth. The fact that they we tend to settle on teams geographically close to us shows that most of it's arbitrary.

I’ll just say that and move on. I dished the sociology on a roomful of guys once during the big game and they also arbitrarily grabbed me out of an entire crowd of people and had me dangling from a hook in the coat closet well past halftime. I don’t think it was compassion that got me rescued either but the nuisance I made due to my predicament. For even a wounded animal will loudly sound the alarm as long as it’s physically able, animals having the instinct to live. Once that instinct gives way they're prepared to die. Then there’s us with caffeine pills.

So when it comes to basketball (ball through hoop, ho-hum) or tennis (back and forth ad nauseam) or baseball (endless standing around) or football (a series of penalties with scant seconds of game play), these aren’t sports, they’re steps toward sports but can’t get out of their own way. The only true sport — also setting aside bowling for argument's sake — is the rodeo. I say that with gladness, because it indeed is great. And with sadness, because by now you’d think we'd come up with something else, anything, approaching it.

Naturally, I like to keep my posts positive, no knocking of others for mere knocking’s sake, and drive home the whole point in its full truthfulness, that everything else sucks bags compared to the only sport worthy of the name — any name! — and that’s rodeo.

Along with the greatness of the sport, there’s a whole culture as well, also worthy of the name. They carve out a place for everyone. You can show up at the rodeo and sit there with the cowboys, but try to stay out of their way so as not to interfere with the enjoyment of others. If Tex Smith over here has given you his autograph, please don’t be badgering him and the others for autographs for your dad, your Cousin Lou, or in memory of your deceased grandma as a thing to donate to the Salvation Army for auctioning off in the Christmas raffle. You might mean well but you’re completely in the way.

So stand back, smothering fan, and let the sport of rodeo breeeeeathe. If you’re so close and obsessive like that, can you not see that you’re killing the very thing you’re so excited about? If you’re that far-gone — over the moon in la la land or kookyville — we’d much rather you found a home in one of the inferior sports. Be a nuisance for football. The clock’s usually stopped so they have plenty of time to waste.
Posted by dbkundalini at 6:00 AM