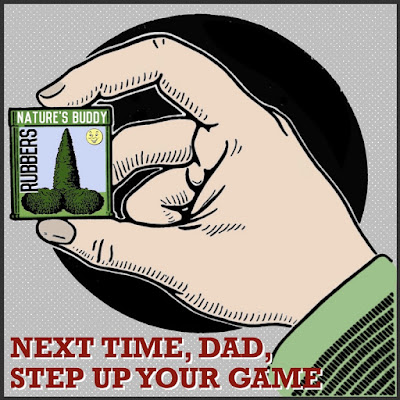 This is one of those especially bad days. I hate to admit it gets this way once in a while, but, hey, life obviously runs the gamut in its greater and more despicable extremes. You want to be happy all the time, then the slightest thing -- the winds of change blow in -- and you’re at your wit's end.

Being oppressed like this is an occasional thing, so I'm not trying to drive anyone away as though I’m an escapee from a clinic. Good news for the system, I haven’t escaped yet, but if I could just clasp the key in my hot little hand really hard for three or four hours, I’d have a good enough impression for Dirk -- one of the more resourceful inmates -- to make a working key. Then with enough of a diversion on the south side of the clinic, we’d be out again. Now, if we could only coordinate the escape with the time the train goes by, it’d be a piece of cake. Speaking of which, we might just hide the key in the cake.

Anyway, who among us doesn’t have bad days, whether you’re free to come and go (which must be nice) or you find your permanent residence a little more permanent than living creatures typically relish? And how about this for a sign of the institution’s failure: They know we’re all down and they still make us paint the walls gray! You probably know my theory on this stuff; it’s purely job security for them. So the crazier we are, the less we can see straight -- and with the paranoia and shaking I invented four new dances in the last week alone -- the better off they are.

Actually, I have so many problems that I don’t mind the institution as much as you’d think. Because if I weren’t here, I’d still be bothered with the same problems, only more on my own without the free medicine. On the other hand -- and I won’t get too graphic and thereby reduce my readership beyond the last three or four of you -- the sex is terrible. Although hope springs eternal -- Amen? -- so I’m still packing this condom. Because that’s the kind of guy I am, always wanting the best for all parties, happiness for me, yet being able to deprive the world of my offspring. Who’d be such mental giants, supermen, superwomen, my bloodline no doubt would take over the world! We’d pick up where my Dad left off, and big respect for Dad in Heaven. Hope he’s proud of his old sonny boy.

But maybe he's not that proud. Realizing this is the Creme de la Crap for me. Why do I exist, only to suffer this paranoia, the whole bitter landscape, one problem after another? Because of one stinking guy, my aforementioned Dad in heaven! He should not have gone all the way back when he had a chance, so here I am. Or if he planned to go all the way, he could’ve planned on protection. How hard is it to put a Nature's Buddy on? Then everyone's happy. Next time, step up your game, Dude! Give me a damned break!
Posted by dbkundalini at 6:00 AM