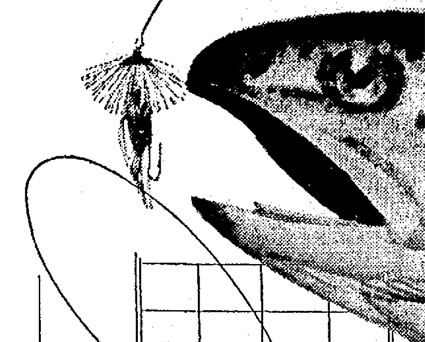 I've been doing a lot of walking, trying to get myself back in some decent shape. I'm doing very well with it, too, despite broken sidewalks, downed limbs, and the occasional banana peel. Yes, there's been a banana peel on my normal route for the last four or five days, and I've seen it go from fresh and yellow to black and wasted away. I was thinking today, even criminals with their desire to steal know a banana peel isn't worth messing with.

Walking along, I see all kinds of litter, although not in enormous quantities. No one's got garbage cans dumped on their front yard, and it's not blowing around. But here and there, like everywhere, there's some extraneous thing that found its way free and is blowing around, if it's windy, or just laying there waiting for the wind to help it on its way. Should I pick it up?

My normal way of thinking is do-goodism. I may not want to run into you on the sidewalk -- I definitely prefer it if everyone else in the world is asleep -- but if I did run into you and you needed help, I would help. I had a case of do-goodism hit me a few weeks ago, when the men's bathroom at a grocery store was closed but they only had a small barely noticeable sign. I'm sitting there waiting for a prescription and a guy goes hurrying in. Then he comes back out and I said it was closed and gave him directions to the bathroom that was open. It turned out he was looking for something else and didn't seem all that glad that a stranger assumed he needed a toilet. Then the next day I saw a guy drop a couple pieces of paper and I thought I should probably go tell him about it, but I thought of the other guy. So I didn't tell him. It just turned out to be a couple of blank postcards.

So I'm walking along, and I see this litter, and even though I'm not carrying a bag, I could, like if I were on the last leg of my walk, pick some of it up. I have moved limbs and a board out of the road to the curb as a matter of public safety, but in those cases someone really could've gotten hurt. A few pieces of litter aren't going to make much difference.

Today, on my last leg, I saw a crumpled up cigarette box in a yard and thought I could pick it up. But what if the owner of the house just happened to be looking out and didn't know what I was doing? He might call the police and I'd be hauled off. Or -- it made me think of the "Bait Car" show, where guys show up and steal a car that's meant for them to steal, so the police can catch them -- what if there's a show called "Bait Litter" and I'm the intended victim. Of course it's entrapment -- as defined by me -- and there shouldn't be anything wrong with picking up litter, but it is private property, after all, and if the guy wants litter on his yard, who's to say he didn't put it there as a decorative item?
Posted by dbkundalini at 7:29 AM