I Was Trained To Be A Wallflower

I know it sounds like something out of the "True Confessions" magazine. But this has been the story of my life, and I never knew why. Now I know what happened: I was trained to be a wallflower!

And it goes way back. But let me hasten to add, Grandma and Grandpa always had my best interests at heart. They were looking out for my very survival. And now, in addition to gratitude, I'm also flattered by what they were saying about me in the process. Because they really had to work to keep me alive, they knew I was a hunk, had virility, and was a lady killer.

But that's exactly what you can't be in our area. Being a lady killer is exactly what will get a young man killed in our neighborhood!

We were what you would call grange people. Our place being on the outskirts of town, we were as much country folk as town folk. We could swing both ways ... and did. But if you do, you're oftentimes hated by both sides. So we kept some town connections -- shopping, supplies, amusements -- but our main socializing was in the country, the grange. The town stuff wasn't smiled upon.

But so far so good. This is what I remember from the file (now in grange hands). I remember it from my actual experience not as much. I was mostly off having a good time with the other kids, including, now that I look back on it, a generation of farmers' daughters who still hadn't blossomed to the point that the leaders could use them as weapons. We were innocent kids ... but it wasn't to stay that way! 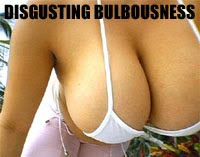 A little bit of hair puffs out here, some extra bulging there, and the girls get bulbous in places, spilling out over their midsection so badly they have to wear a support garment just to keep everything up! It can lead to things best left unspoken ... none good. Like death!

Now I realize, because I was an outskirts kid, the nucleus of the grange people were determined to put me to the same test as young men from the town. I would be tested and I would fail. I would've been kicked to death when I was 13, 14, 15, 16, etc., as sure as anything ... except ... God bless them ... they kept me alive ... my blessed grandparents raised me and trained me to be a wallflower.

Of course I had the same hormones as every other kid, but they were always channeling me away from having high expectations about relationships. I'd be wanting to go out on a date and they'd get me a new frog or ant farm, anything to replace my urges. It went on like that, to the point that we did very little socializing at all. Must dress drably, must avoid perfumes and fragrances, must line the bed with cold water bags. The binding of hands, wearing blinders at the beach, etc. And anytime there was a possible activity with mixed company -- like someone invited me out -- it was time instead to go clean out the crawdad tub. Got to get ready for fishing in the morning! Even though no one said anything about fishing earlier on.

And that's the reason -- that has to be it -- why Grandma and Grandpa dropped out of the grange all together, much to their discredit with that society. To save my life.

As for the grange, and some of the circumstances behind all this, according to the file, everything seemed normal till the leader of the grange was killed by a jealous husband, then the leader's wife took over on a sympathy vote. From then on, women took on a more important role in the organization, as the aggrieved wife appointed them. Whether from revenge for that one man's adultery, or some other psychological quirk, the new leader and those under her took a hard-line stance against sex and men in general, leading to all these terrible tests.

That was when the mysterious deaths of young men and boys started up. They had only one horse for the job in those days, "Honest Maude," who must've been everything her name implies. And from then on it was just a matter of inbreeding and skewed horse training to bring us what we have today, Lemuel's proud team of assassin horses.

It was around 1962 when my family dropped out. And the same year I was baptized. Because they must have known I would try something -- reach for my zipper -- and perhaps be killed. So better to be safe than sorry.

We had problems over the years, which I should leave out. The relations between town and country hardened. The radicals' scheme was to turn the town into country and the country into town, or to adopt its better aspects, something like that. And they influenced town women over the years, infiltrating the Mode-a-Day dress shop, making radicals of them, etc.

The women made it into a totalitarian organization, with extensive black lists, poisoning of animals, etc. It was about 1963 that our shed was burned down and my dog died. So Grandma and Grandpa no doubt took all that as a warning.

A whole generation has passed since then. So why are they still doing all this stuff? The killing of young men by horses. The radical strain is still there. And there aren't enough caring, loving parents or grandparents thinking ahead and making their sons wallflowers to save their lives.
Posted by dbkundalini at 7:30 AM