I'm Not Saying A Mumbling Thing 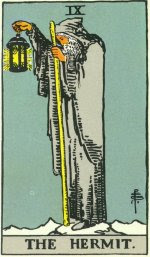 Yesterday was a day of some elation, probably too much. I went to bed last night without an enemy in the world that I knew about. Plus I had the excitement that still hadn't died away of the events of Friday night and the destruction of the Grange Sisterhood.

It will take some serious neglect on the part of a lot of people for them to ever make a comeback. But that neglect could very well happen if we become complacent. If I sense the neglect is there, I might need to make it official and step forward as the moral arbiter of this generation. But for now, I'm getting some very needed rest (1), and (2) Doing some withdrawal.

It seemed weird that there wasn't anything about the events of Friday night in the papers or on the news. I've lost track but it seems like a few people were killed -- and that all of it happened very much in the open. But it's like always, I guess, they missed the deaths of all the young men at the dances, they'll probably miss this too.

It'll be better to just withdraw, let it all go away, don't say a mumbling word to anyone, and forget it.

As for the Grange people, I seem to have set off mass tumult mixed with mass confusion. "Does this mean what we think it means?" The answer is yes.

I was standing on my hill after all the excitement at the Grange. I had my cloak up over my face, looking to the horizon. Not saying a mumbling thing.
Posted by dbkundalini at 7:31 AM