The Robotic Voice Of Life 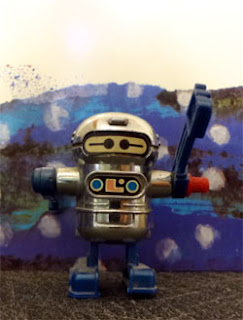 I'm always getting the robotic voice of life, like everyone else, what you get when you dial phone numbers. "Our menu has changed, please listen closely to the options. If you know your party's extension, you may dial it at any time. Please press 1 if you'd rather not listen to me." If only they said that!

The fact that everyone's menu has changed, maybe that's not a fact. I've heard it so often that I'm starting to think it's just a psychological ruse to get you to listen to all the options very carefully. Personally, I'm so pessimistic that they're going to have an option that matches up with my needs that I'm likely to just start pressing random zeros and nines, anything to bypass the crap. I did that today with a zero and it just started over at the top.

It's amazing that it can be (or sound like) an actual human voice, but you're not fooled for a second. Because of the unresponsiveness, for one. But then there's the one that's reciting back numbers you've entered, etc., which is so obviously robotic that there's no question.

Whether all of this is a good idea to those who shove it on us, it's not a good idea from my point of view. I'm sure I'm not alone in hating it. Because there's certain places, I don't know if you can ever get someone on the line. I had a phone company once, I'm sure there's no one who actually works there. It's just computers and robots everywhere and no people, except the guy who turns it on.

They try to make it sound normally human. I'd rather they just made it sound more robotic, like the voices on TV and in movies, where there's more insistence, "Your phone will self destruct in five seconds if you don't make a choice." And he really means it! They could get the voice so malevolent sounding that it'd get your blood flowing. You break out in a sweat because he's already up to "9" and you haven't heard your choice yet.

I've also got the robotic voice in my head. Not on a daily basis, but still... I was driving by a church one day and heard this beeping alarm, an insistent "Uhhht, uhhht, uhht..." like that. The robotic voice I heard was "Baptismal overflowing in Quadrant 4." Of course ministers would be rushing from their prayer closets with buckets. Or at the library, "Intruder entering Door 8." Librarians are dropping their books and running.

Here's a bad robotic voice, the self checkout station at the grocery store, "Please place your item in the bag." Then if you don't, it gets upset, because under the bag is a scale that lets the machine know that you've been non-compliant. I've seen some real screw-ups with these machines, enough that I don't go to them anymore than I have to.

I'll leave you with this happy robotic voice, "Your call is important to us. Estimated wait time is 27 minutes."
Posted by dbkundalini at 4:17 PM